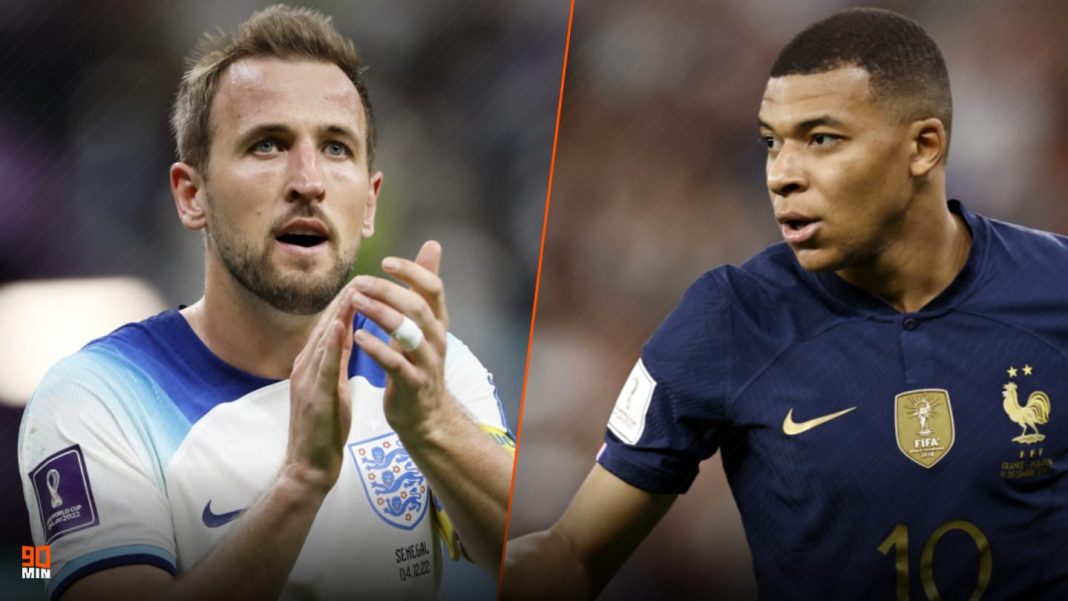 England are up against familiar European rivals France in their World Cup quarter-final on Saturday night.

These specific iterations of England and France share a number of similarities. Both have been blessed with an array of talented young forwards that are watched over by managers who have a reputation for constantly hovering over the handbrake.

Despite this standing, England are the tournament’s joint-top scorers and France boast the most prolific player in the competition.

Here’s everything you need to know about a real thigh-rubber of a fixture.

Ben White left the England squad due to personal reasons last week. Raheem Sterling took a plane out of Qatar after his home was burgled but may still have a role to play.

Declan Rice has started every match at the World Cup but missed a training session in the buildup to the knockout tie with illness. Fellow ever-present John Stones came off against Senegal feeling his hamstring and Callum Wilson is nursing a muscular strain.

There was a flutter of hope from all those of a Three Lions persuasion when Kylian Mbappe missed a French training session ahead of the tie. However, the team’s leading scorer is expected to be front and centre this Saturday.

France to win and both teams to score – France’s last four wins at the World Cup have seen them also concede in the match, including all three victories at the 2022 tournament.

Both teams to score – Only one of the previous 31 meetings between England and France has ended goalless, with both teams scoring in more than half of those 31 games (18).

Both teams to score is currently 4/5*

England to score first & win – England have won 25 of their last 27 games in all competitions when
they’ve scored first (D2).

Olivier Giroud first goalscorer – Two of Olivier Giroud’s four goals at the World Cup have been the opening goal, while he has scored 10 goals in his last 13 appearances for France and is their all-time record scorer with 52 goals.

Kylian Mbappe goal or assist – Kylian Mbappe has either scored (5) or assisted (2) each of France’s last seven goals at the World Cup.

Harry Kane anytime goalscorer – Harry Kane has scored 52 goals in all competitions for England, one short of the record set by Wayne Rooney (53) and scored twice in his last appearance against France in 2017.

Callum Wilson anytime goalscorer – Callum Wilson has scored with three of his four shots on target in the Premier League against Spurs and France goalkeeper Hugo Lloris.

Callum Wilson to score for England anytime is currently 3/1*

However, England have had the edge defensively in this tournament. While the Three Lions bounce into the final eight on the back of four-and-a-half hours without conceding, France are the only team left in the competition without a clean sheet.

England’s rearguard has been parsimonious but is yet to come up against the talent littered across the front line of Les Blues. As Gareth Southgate stressed: “It’s the biggest test that we could face.”

In a match seemingly devoid of a favourite, France’s World Cup-winning experience – and the best player on the planet – give them the faintest whiff of an advantage.

If you can’t see the podcast embed, click here to download or listen to the episode in full!

Preview of the Netherlands’ World Cup quarter-final against Argentina, including team news, lineups and prediction.