Cameroun down, Nigeria set for top spot showdown with Tanzania | 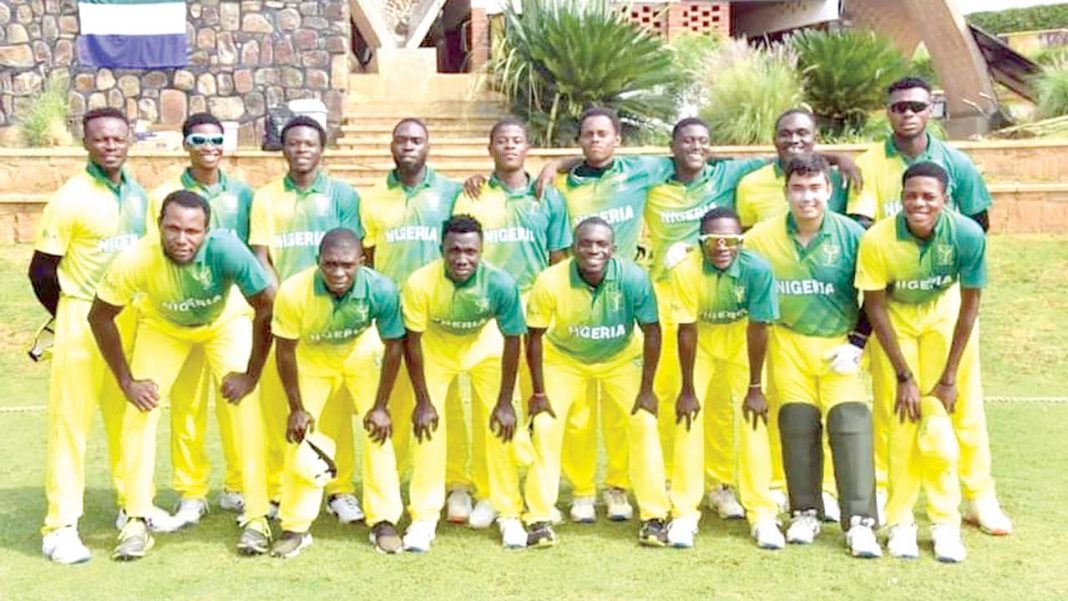 After Monday’s demolition of Cameroun at the ongoing International Cricket Council’s (ICC) T20 Cup Sub-regional Africa Qualifier B, Nigeria’s Yellow Greens are now set for a top of the table showdown with Tanzania in the series holding in Rwanda.

The win over Cameroun made it five out of five for the Yellow-Greens at the competition, which they started with wins over Mozambique, Sierra Leone, Eswatini and The Gambia.

The game against Tanzania will hold today at the Gahanaga International Cricket Stadium in Kigali. Both teams are with clean slates at the event so far, so, the game will determine who tops the qualifying round before their final matches tomorrow.

Nigeria is ranked 43rd on the ICC T20i ranking behind Tanzania that sits 31st on the Ranking log.

Nigeria’s last match is against West African rival, Ghana, who unfortunately has not had a good run at the event with one victory and three successive defeats so far.

Former Nigeria’s captain and players’ representative on the board of Nigeria Cricket Federation (NCF), Endurance Ofem, believes the Nigerian team still has a thing or two to show in their next two matches.

“The team may be doing well, I, however, think we have not seen the best of the talents represented. I think against Tanzania, hoping that some players would have rested enough, we may see the Coach (Steve Tikolo) ring some changes that will show us a different side of the team. This is an interesting assembly of cricket talent.

Monday’s match against Cameroun was decided by DuckworthLewisStern (DLS) limited over calculation method as rain washed out the game in the second inning.

The DLS favoured the rampaging Nigerian team who had posted 31 runs in five overs, having held the Camerounians down to 72 runs and all out in 19.4 overs.

Nigeria’s Captain, Sylvester Okpe, was man of the match owing to his dispatch of five batters in the encounter.

Speaking after the match, Okpe said: “We had chosen to field when we saw the possibility of the weather condition not going well earlier in the day. So, everything worked well in our favour.”