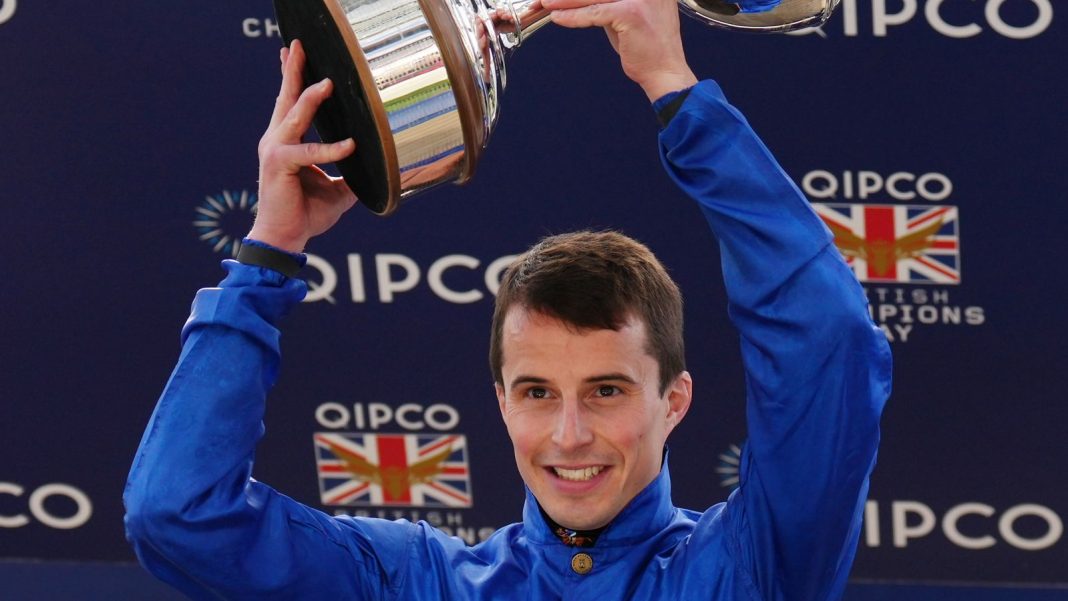 Frankie Dettori, William Buick, and the Moore trio Jamie, Josh and Ryan are among those nominated for awards at this month’s Lesters, to be announced on December 16.

The coveted Apprentice of the Year will be fought out between Rhys Clutterbuck, Harry Davies, Ryan Sexton and Champion Apprentice Benoit de la Sayette, whilst Conditional Jockey of the Year nominees include Mitch Bastyan, Kevin Brogan, Theo Gillard and Fergus Gregory.

These nominees join the Jump and Flat Ride of the Year announced last month, featuring Dettori and Ryan Moore as well as Charlie Deutsch and Paddy Brennan with voting closing last week.

The winners of every award will be announced on a Sky Sports Racing Lesters Awards Special on Friday December 16. Winners and special guests will be joined in the studio by regular presenters Luke Harvey and Jason Weaver.

In addition, a special ‘Lester Piggott Honorary Award’ will be presented on the night in memory of Lester following his passing earlier this year, with the recipient chosen by his daughter, Maureen Haggas.

Ian McMahon, CEO for the PJA said: “The Lesters celebrates the incredibly talented pool of Jockeys across both codes of the sport. We are delighted that Sky Sports Racing are able to assist us in the production of the live show on 16th December and wish all nominees the best of luck.”