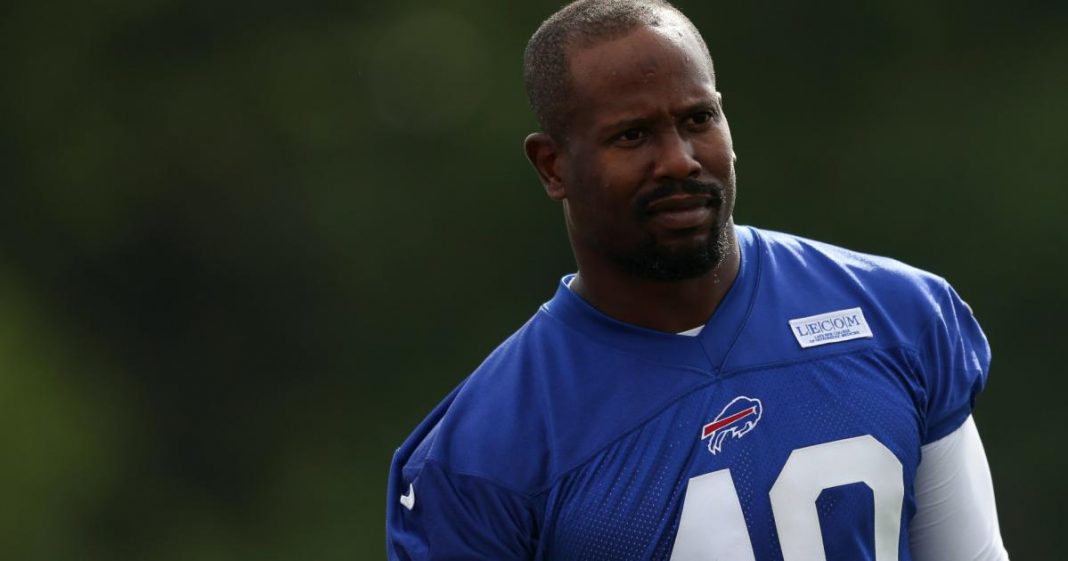 Could Von be long gone?

The Bills will be without prized pass-rusher Von Miller on Thursday when they take on the Patriots, and there’s some question as to just how long he’ll be on the shelf.

Miller injured his right knee on a scary play during the Bills’ Thanksgiving matchup with the Lions. He was eventually carted off the field and into the locker room.

Thankfully for the Bills and Miller, it seems as though the veteran edge avoided the worst-case scenario when it comes to his knee, but there’s doubt as to whether he will see the field again this season.

Here’s the latest on Miller’s knee and when he could be back for the Bills:

How long is Von Miller out?

Miller’s return to the field is unclear: He’ll be out at least a week to 10 days while he works back from his knee injury.

MORE: Josh Allen says he’s ‘got to go be that guy’ for Bills despite elbow injury

NFL Network’s Ian Rapoport reports that surgery is likely; the question is whether it will occur now or after the season.

Sources: #Bills star pass-rusher Von Miller did not tear his ACL. There is concern about his lateral meniscus, tho. He’s out at least a week or 10 days while he figures it out. He’ll have surgery — the question is now or after the season. This is all following the MRI today. pic.twitter.com/rXIUIE11lw

If Miller goes through the 10 days and he and the team doctors decide he can play with a brace on his knee, then he can return to the field. If not, then he could undergo surgery, with a recovery and return timetable unclear.

WEEK 13 NFL PICKS: Straight up | Against the spread

ESPN’s Adam Schefter was also vague, saying that info is still being gathered and Miller is out “indefinitely.”

Bills’ LB Von Miller did not tear his ACL, but there is other damage that doctors are reviewing to determine how much time he will miss and for now he is out indefinitely, per sources. He could be out a couple of weeks, it could be season ending; more info still being gathered.

Nov. 24: Miller exits the Bills’ Thanksgiving matchup vs. the Lions after his right leg buckled while he was engaged with a blocker. He would leave the game and be carted to the locker room.

Nov. 25: Miller undergoes an MRI that confirms he did not tear an ACL. There is concern for his meniscus, according to reports, and that will keep him off the field for at least a week, but perhaps longer.

Nov. 29: Bills coach Sean McDermott ends the possibility of a quick turnaround, saying that Miller would not practice Tuesday.

Dion Dawkins and Von Miller will not practice today and Quintin Morris still not over illness that’s run through team, per Sean McDermott on @ExtraPointWGR.

“I do have some lateral meniscus damage and it’s going to have to be addressed,” Miller said on his podcast, “The Voncast,” as transcribed by ESPN. “But I do feel like I can, you know, play through that, so I’m just going to wait a little bit, and let the swelling go down for about seven to 10 days and, hopefully, right before the Jets game I will be back.”