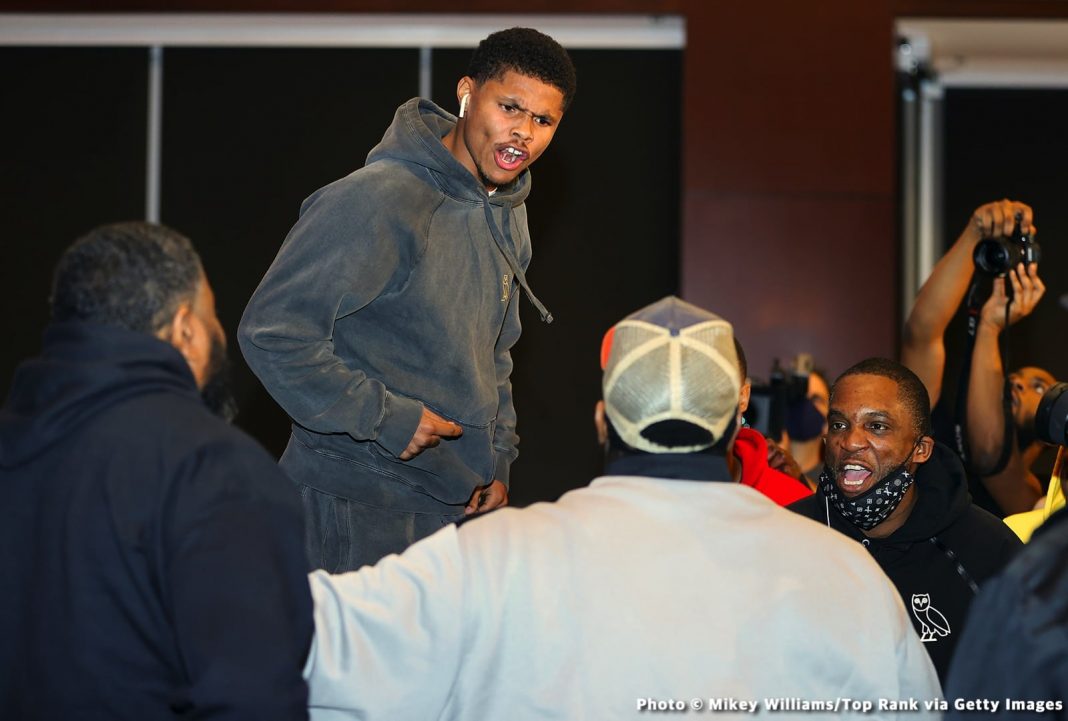 By Allan Fox: Shakur Stevenson believes his next opponent could be former unified lightweight champion George Kambosos Jr rather than Isaac ‘Pitbull’ Cruz or William Zepeda.

Shakur thinks Kambosos (20-2, 10 KOs) will accept a fight with him next out of desperation. Kambosos has lost his last two fights to Devin Haney, and he’s in a tough position where he must take a risk with his career to get another shot at a title.

Stevenson says that if Kambosos rejects the fight with him, the next in line is the unbeaten #6 Shuichiro Yoshino (16-0, 12 KOs).

“Hopefully, he wants to fight,” said Shakur Stevenson to Fighthype about his desire to fight unbeaten contender William Zepeda next.

“I think that dude is a solid fighter. His style is he throws a lot of punches,” Shakur continued about Zepeda. “Even with [Oscar] Valdez, I don’t think Valdez threw as many punches as Zepeda, but I feel like I’m on a whole different level.

“When he gets in there with me, it’s going to be bad. We’re running down the list basically,” said Stevenson when asked if he’s planning on fighting in the first quarter of 2023.

“I feel like Isaac Cruz is #2 [WBC], and I’m #3, and Zepeda is #4. If Isaac turns it down and Zepeda turns it down, then the next in line is [George] Kambosos. I think he’s got nothing to lose, so he’s probably not going to turn it down.

“I feel like with everything that just happened to him [losing twice in a row to Devin Haney], that would be his only opportunity, the only place for him to go. I don’t think anybody else would even be a big fight for him as far as money-wise.

“I just know these dudes are scared. They talk big on social media, but in real life, they’re not really about that s**t. I’m going to keep doing what I’m doing as a fighter and keep putting on amazing performances, and I’m only getting better,” said Shakur.