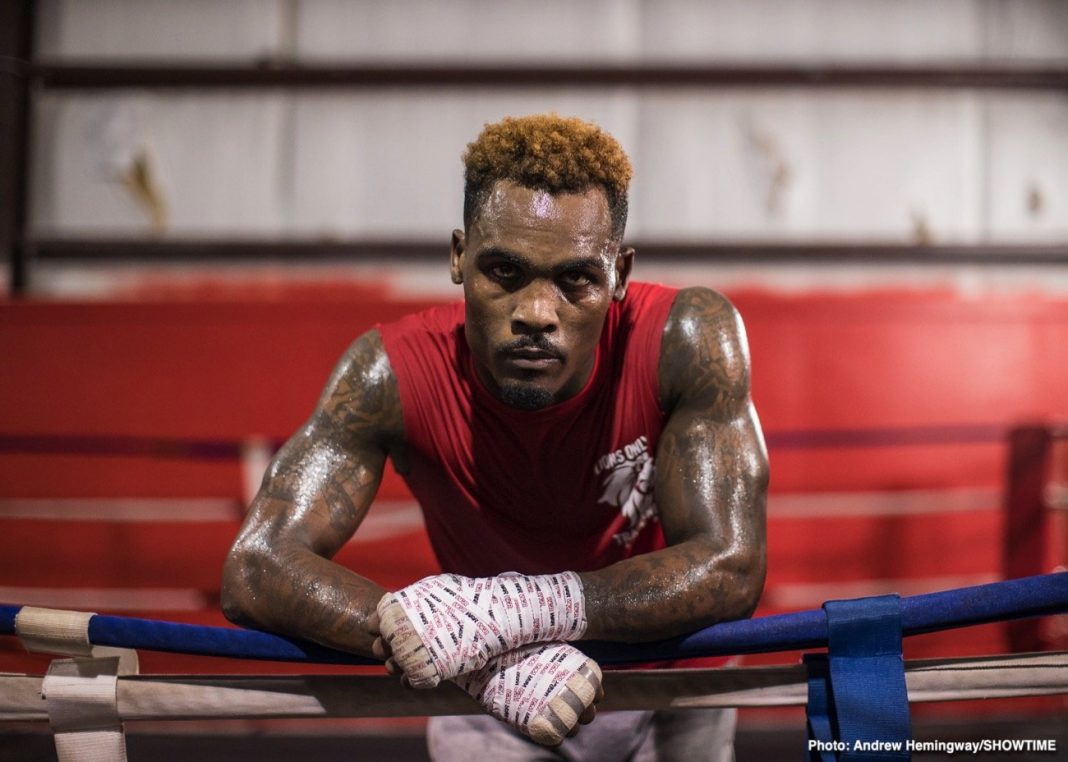 By Brian Webber: Jermell Charlo warned Terence Crawford today not to mention his name unless he’s ready to fight.

The undisputed junior middleweight champion Jermell (35-1-1, 19 KOs) took reacted with anger to Crawford, saying this week that he’s not on his nor Errol Spence’s level.

With less than two weeks to go before Crawford’s fight against Avanesyan (29-3-1, 177 KOs), next to no one is talking about the clash.

Perhaps aware of that, Crawford has repeatedly talked about Spence in his interviews, which makes some believe that he’s intentionally doing this as a marketing strategy to sell his fight with the little-known Avanesyan.

Charlo says Crawford let the boxing world down by nailing out of his negotiations for an undisputed fight against IBF, WBA & WBC welterweight champion Spence to face Avanesyan.

Although Crawford is reportedly getting $10 million+ for the Avanesyan fight, it comes at a cost of him losing out on the Spence fight, which would have paid well and potentially helped his popularity.

Clout chasing is the new promotions I guess you Should of listen to bob, mfer knew what he was saying. @terencecrawford. You had a chance to make history for your family. You let the boxing world down, don’t call my name unless u really wanna fight. It’s different at 154 🦁

Why u keep pissing off the boxing world with your stupidity, how long you think that window gonna stay open ? Bud & boo boo got alot in common.

Next year, Crawford might have no other choice but to move up to 154 to reinvent himself because if he stays at 147 for much longer, he’s going to be ordered to fight Jaron ‘Boots’ Ennis, and that would be a really tough fight.

Many boxing fans believe Boots (29-0, 27 KOs) would be too young, too strong, too fast, and too big for Crawford. As such, Crawford is expected to move up to 154 to swerve Boots and take his chances against Jermell.

As the WBO 147-lb champion, Crawford can petition the Boxing Organization to have them place him as the mandatory for Jermell’s 154-lb title with their organization.

Crawford wouldn’t even have to beat anyone at 154 to get a crack at Jermell’s WBO title. However, he would need to wait until 2024 for that title shot because Charlo is defending against his WBO mandatory Tim Tszyu on January 28th, and he won’t need to make his next defense with them until 2024.

The likelihood of BLK Prime continuing to throw huge money at Crawford is slim because his fight with Avanesyan probably will lose money.