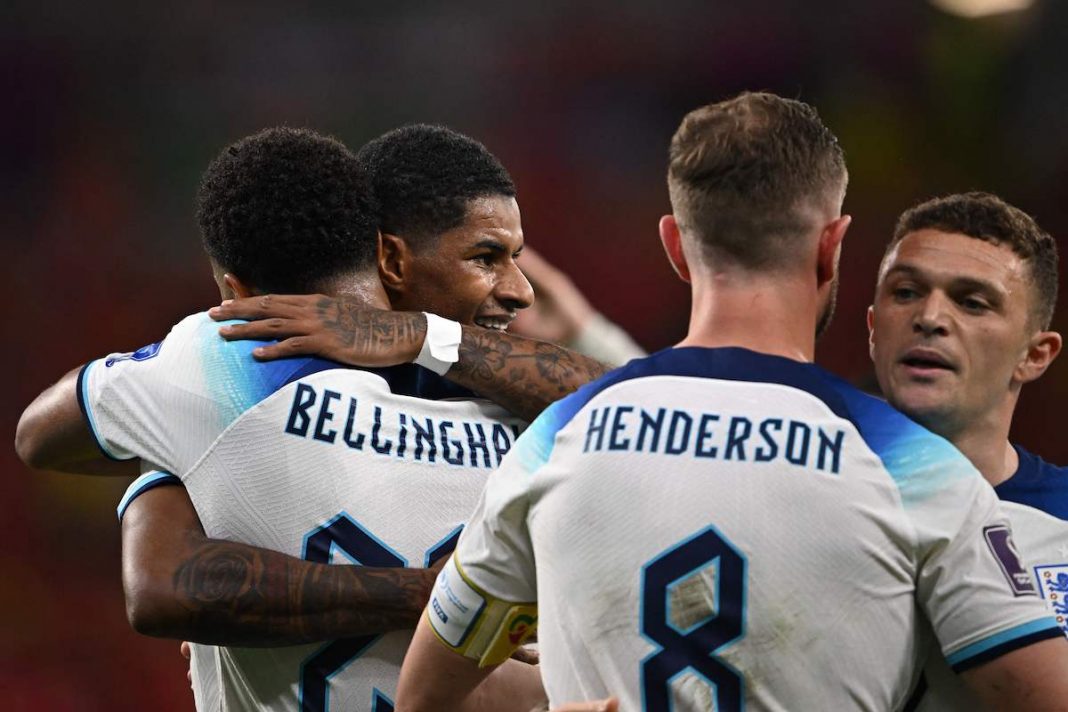 Jude Bellingham was complimentary of Marcus Rashford after his outstanding performance against Wales tonight.

The Manchester United forward scored a brace to secure England’s progression to the World Cup Round of 16.

His first goal was a remarkable free-kick that was unsavable for Danny Ward.

The 25-year-old, who recently hit 100 goals for his club, then displayed his skilful abilities to cut in from the right flank and hit the back of the net.

Borussia Dortmund starlet Bellingham also offered another impressive performance. The 19-year-old has become one of the most sought-after prospects in world football and is already regarded as one of the most complete midfielders.

Watch his comments on his fellow Englishman below:

Jude Bellingham’s a class act on and off the pitch.