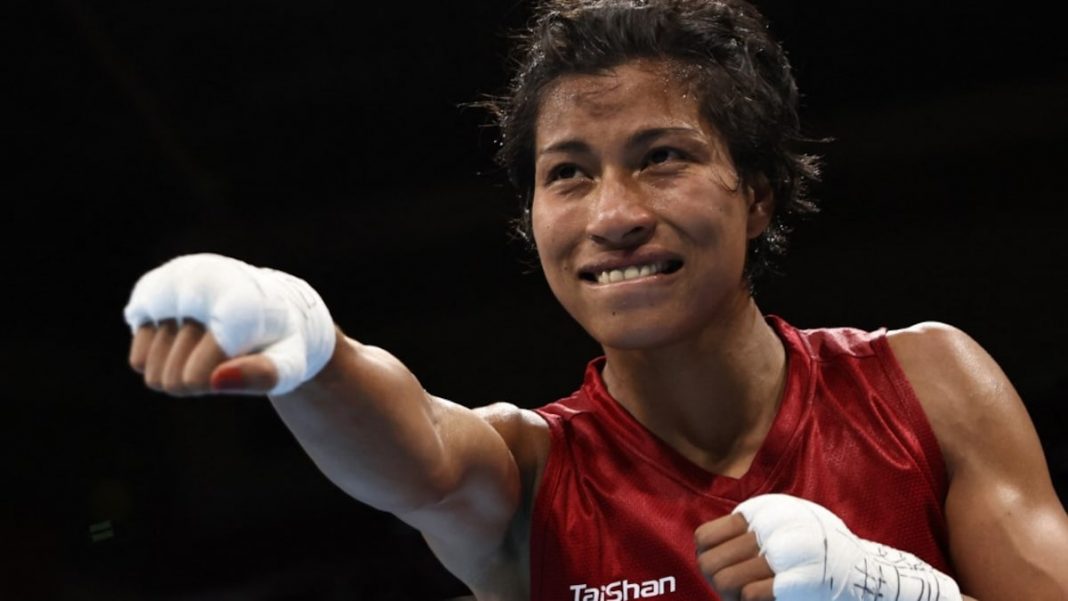 Lovlina Borgohain looked at ease as she struck gold in her maiden appearance in the middleweight division while Parveen Hooda took home the 63kg Asian Championships title in Amman, Jordan on Friday. While Olympic bronze medallist Lovlina, competing in her maiden tournament in the 75kg category, cruised to a 5-0 unanimous decision win over Ruzmetova Sokhiba of Uzbekistan, Parveen notched a facile victory by a similar margin over Japan’s Kito Mai. Minakshi, on the other hand, concluded her maiden Asian Championships campaign by clinching a silver medal in the flyweight division (52kg).

The win will be a big morale booster for the 25-year-old Lovlina who has struggled to find form since her bronze-winning exploits at the Tokyo Olympics. She made early exits in the Championships and Commonwealth Games earlier this year.

The Assam boxer has moved up from 69kg to 75kg division as her former weight class doesn’t feature in the Paris Olympics.

The two boxers started the proceedings on a tentative note, inviting the other to attack first, but Lovlina, who has shown immense improvement during the course of the tournament, was able to use her long reach and land a few clean jabs.

The two danced around the ring trying to avoid each other’s attack but Lovlina succeeded in landing jabs. One jab of her’s was so powerful that the referee was forced to give Sokhiba the count.

Earlier, world championships bronze medallist Parveen, who missed out on the Commonwealth Games, put up a dominant show to beat fourth seeded Mai via unanimous decision.

Both the boxers started on the offensive but the top-seeded Parveen was able to dominate the proceedings as she jabbed her opponent at will.

Having lost the opening round, Mai tried to up the ante but Parveen swiftly dodged all her attacks.

The Indian was especially impressive with her upper cuts in the third round.

In the first Indian final of the day, Minakshi toiled hard but lost the gold medal bout to Kinoshita Rinka of Japan via 1-4 spilt verdict.

Minakshi was slow to start, with the second seed Japanese taking full advantage of the Indian’s sluggishness as four out of the five judges voted in her favour.

In the second round as well, Minakshi looked lost. She was unable to land clear punches and resorted to clinching while the Japenese pugilist played more accurately and defended well.

It was effectively the second round that cost Minakshi the tie as she made a stunning recovery in the final three minutes by using a combination of punches to take the round 4-1, but it was too late as the judges ruled in Rinka’s favour. PTI APA AH AH