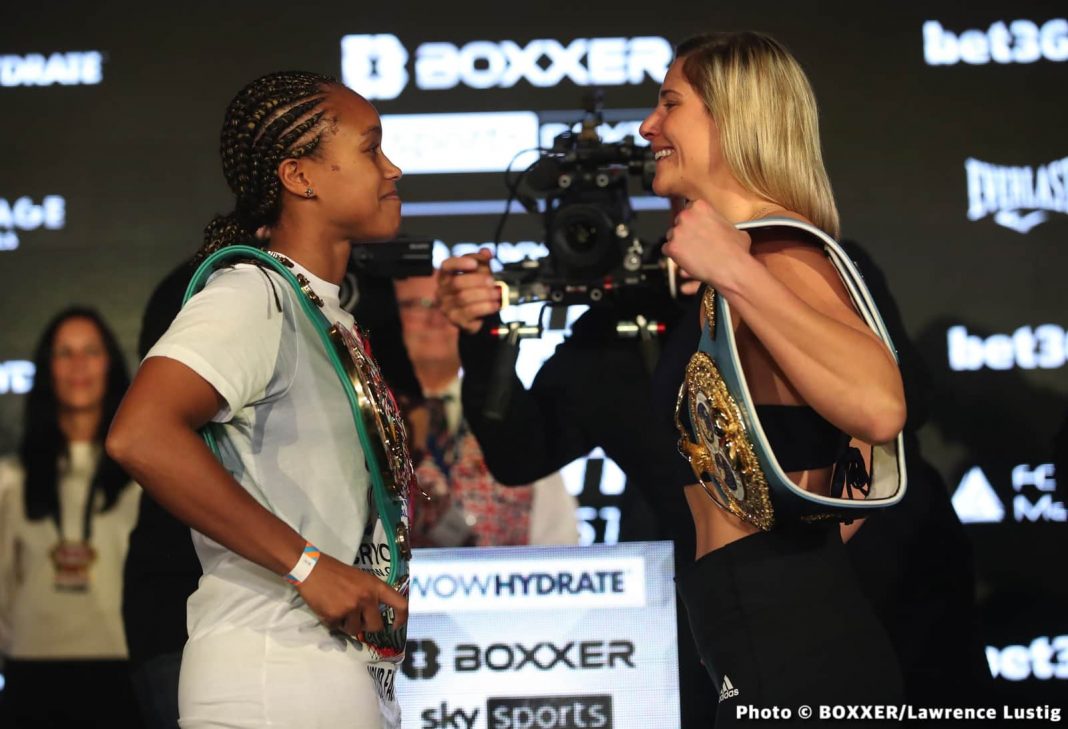 Natasha Jonas and Marie-Eve Dicaire will stake their claim to greatness in the Manchester AO Arena tomorrow night when they square off in the main event of BOXXER Jonas Dicaire for the unified world super-welterweight championship.

Liverpool’s Jonas brings the WBC and WBO belts to the ring while Dicaire carries the IBF world championship, along with the prestigious ‘The Ring Magazine’ belt beloved of boxers and boxing historians alike. Both made weight today at pre-fight weigh-ins to make the bout official tomorrow night. 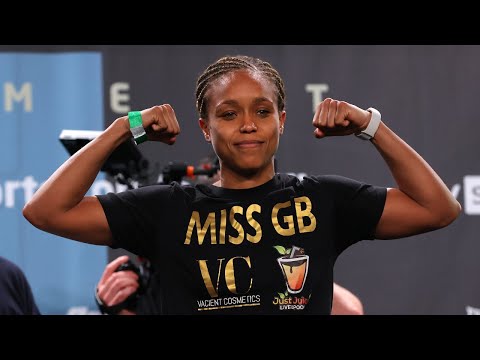 “I think it’s been the kind of year that every boxer craves. I have always said that an active Natasha is a dangerous Natasha.

“I don’t take too much from [Marie’s] loss to Claressa [Shields], because styles make fights, but there’s definitely things we have seen that we have worked on in the gym. Joe [Gallagher, trainer] is one of the most meticulous people when it comes to working out plans and we are prepared for the best version of her.”

“The Ring belt is one of those belts which is up there [in prestige] and it’s lovely to look at. This is the 1 versus the 2 so it’s great to have this fight and confirm who is the real number one here.

“I don’t look past Saturday – there’s no point, because if Saturday doesn’t go right, the options close. So all the focus is on Saturday and finishing the year with a bang.

“For the first time in a long time I have really enjoyed this camp. You rarely get a camp for southpaw vs southpaw as there’s not that many of them, so in this camp I have learned so much and added so much to my repertoire, it’s been great.”

“When I was a kid, I was telling people I will be a professional athlete and everyone laughed. Now here I am, the main event at the AO Arena in Manchester. Dreams do come true and nothing will stop me from getting the win on Saturday night!”

“Every fighter needs to be active to perform at their best and everyone needs to be willing to commit to making big fights, so thanks to Marie and thanks to Group Yvon Michel for helping us make this fight happen.

“Tasha wants to be the money fight in this division and she’s looking for her third belt. She wants to fight Katie Taylor again. First she has to get through Marie Diclaire on Saturday.” 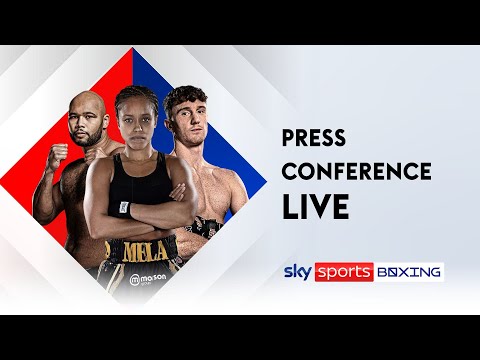