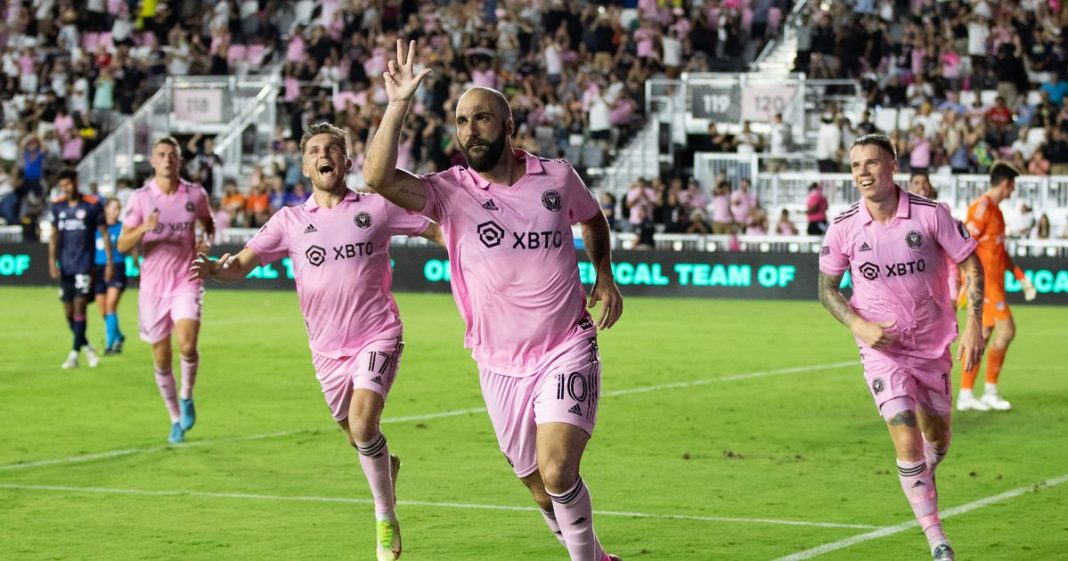 Recently retired Gonzalo Higuain has been awarded one final career honour, as he was voted ‘comeback player of the year’ in Major League Soccer.

The 34-year-old helped Inter Miami make the MLS Cup play-offs after they made a shaky start, and scored a team-record 16 goals in the process. Higuain missed a large part of their campaign through injury, but returned with an impressive tally of 14 goals in his last 16 regular season matches.

Higuain won the vote after 16.6 percent of players, media and team officials gave him the nod over the rest of the competition. The Argentinian announced before the play-offs that he would retire at the end of the season, but has departed with an extra award after a glamorous career.

The Argentinian joined Miami in 2020 after enjoying stints at Real Madrid, Napoli, Juventus, AC Milan and Chelsea. Higuain became a designated player for the side owned by David Beckham, and quickly became a favourite.

Higuain finished with 29 MLS goals for Miami, recording his best tally in his third and final season. It was a miraculous comeback by the MLS outfit, and a brilliant recovery by Higuain after a knee injury.

But the 34-year-old decided that it was time to hang up his boots, and was an emotional figure on the field after losing 3-0 to New York City FC in the play-offs. Defeat decided his fate as a professional, and the tears quickly followed.

Higuain was in tears after announcing retirement

Higuain stated after the defeat: “The dream is over and another life begins. I felt like what I had loved the most as a job had ended. It was half my life, my career, 17-and-a-half years.

“Images from my entire career came to my mind (when explaining his tears). What I lived, what I worked, what I experienced and I’m leaving very happy because I gave it all until today. That’s the most important thing.”

Miami boss Phil Neville also gave a touching tribute to his striker, and attributed a huge part of their recent success to his influence. “We said to [Gonzalo] that he’s leaving in exactly the right way he should be leaving,” Neville said of Higuain.

“With the goals he’s scored, the happiness with which he’s played, the way he has embraced his teammates and carried them, is exactly what we expect, and I think he can be massively proud. He trains every single day like a lion.

“He’s set an incredible example of durability, quality of goals, the ability to play right to the very last whistle, and the ability to inspire your teammates. As a club, we’re proud to have had him as one of our first Designated Players ever.

“He helped us get to the playoffs, and he can now go and enjoy his retirement. We wish him all the best, and he will always be welcomed at Inter Miami CF.”