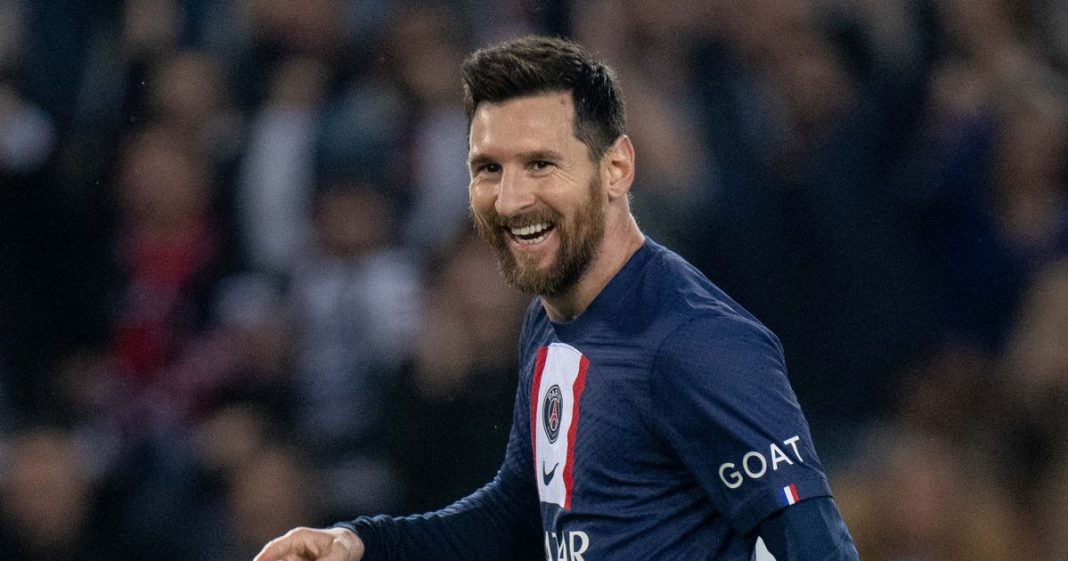 Lionel Messi added yet more records to his collection with a virtuoso display in Paris Saint-Germain’s thrashing of Maccabi Haifa on Tuesday night.

PSG secured their passage to the knockout stages of the Champions League in style with a 7-2 win at the Parc des Princes. Their victory, and Benfica’s 4-3 win over Juventus, sees both sides qualify for the last-16, with both on 11 points to Maccabi Haifa and Juve’s three.

Messi and Kylian Mbappe both scored twice – but it was the former Barcelona man who was the star of the show, with two assists and two goals. And in doing so Messi made some history – history which will not be welcomed by his long-time rival Cristiano Ronaldo.

Messi’s two strikes means he now has 80 goals in the group phase of the Champions League in just 85 matches. With his current team Manchester United in the Europa League, Ronaldo isn’t being given the opportunities to add to his 73 goals.

There was another record for the Argentine too: unsurprisingly, Messi, at 35 years and 123 days, is now the oldest player in Champions League history to score and and assist twice in a single game. Ronaldo has achieved the feat on more than one occasion, but most recently did so for Real Madrid in their 4-3 win over Shakhtar Donetsk on November 25, 2015, when he was 30.

Ronaldo is now waiting to play for United in a Europa League tie against FC Sheriff on Thursday night. If he turned on the TV on Tuesday, he would have been greeted by the Messi show against Maccabi Haifa. There was some form of consolation, however, with the United forward staying tied with Messi on eight hat-tricks in the competition.

HAVE YOUR SAY! How many more years has Lionel Messi got in him at the top of the game? Comment below.

He opened the scoring with a nonchalant outside-of-the-ball effort after being found by Mbappe in the box. It was 2-0 when Mbappe curled into the top corner and 3-0 when Messi slid in Neymar on the counter-attack to allow the Brazilian to chip in via the inside of the post.

Haifa got a goal back via a header from Abdoulaye Seck, but the Messi show continued minutes later with a classic finish from the Argentine. After sharing passes with Mbappe, he shifted the ball onto his left foot before curling a powerful low finish into the bottom corner from the edge of the box.

Seck headed another goal in to make it 4-2 as PSG’s issues from set pieces continued, but their happiness didn’t last long, with Mbappe curling in another fantastic strike minutes later. Sean Goldberg was forced into scoring an own goal from Neymar’s cross – had he missed it, Messi would likely have scored.

Messi then thumped the crossbar from a tight angle following another flowing move, but the star of the show wouldn’t be denied for long. It was his lay-off from the left-hand side which was tucked in by Carlos Soler to complete the scoring and insure yet another piece of history for the playmaker.