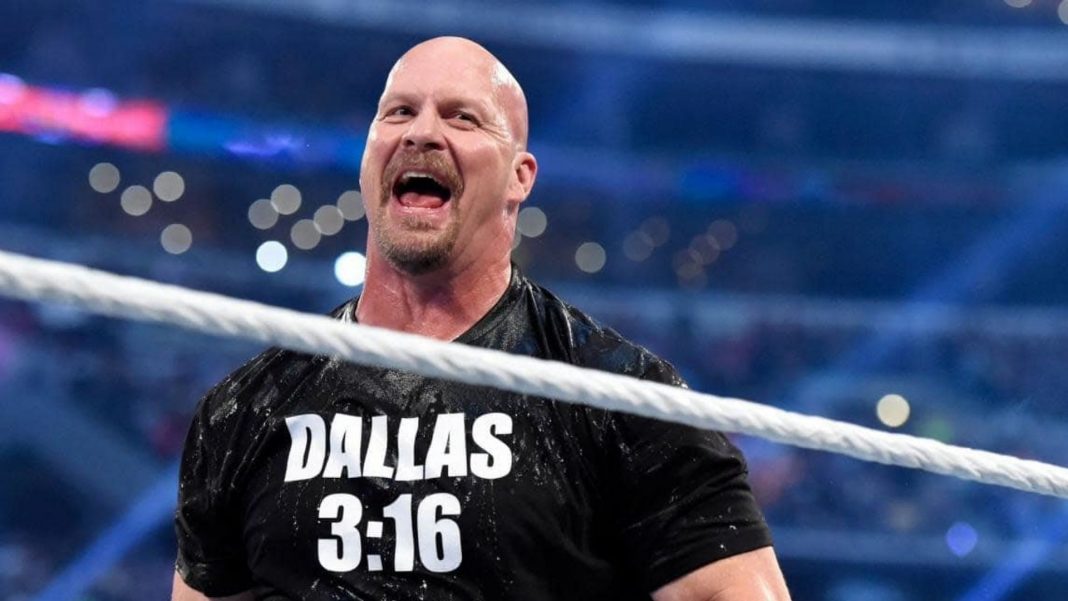 NHL star Pat Maroon named Stone Cold Steve Austin as his favorite wrestler and claimed he might step into the ring after recently attending WWE RAW.

The Tampa Bay Lightning forward recently attended RAW at Amalie Arena in Tampa, FL and spoke about the experience during a press conference. Radio host Jay Recher was at the conference and uploaded a video of Maroon’s comments.

Pat was asked who his favorite wrestler was and the three-time Stanley Cup champion named Stone Cold Steve Austin.

“You might see me in the ring one day. My favorite wrestler, I mean I’m going back then, is probably Stone Cold Steve Austin. Wrestling is not the same as it used to be, those old-school matches were great. But yeah, we had a blast. WWE was great.” [00:08 – 00:24]

Pat added that he had a blast at RAW and complimented the production of the show.

Ronda Rousey is getting ready to battle Liv Morgan in an Extreme Rules match at the titular premium live event next month. Speaking on her YouTube channel, Ronda revealed an embarrassing interaction she had with Steve Austin backstage.

The Baddest Woman on the Planet said that she accidentally lactated on the WWE Hall of Famer. The 35-year-old said that Stone Cold was really cool about it and the two are now on a first-name basis after the incident.

“I lactated on Steve. I call him Steve now because once you lactate on somebody, you’re on a first-name basis, but he was really cool about it. And now I can say probably only me and Kurt Angle have got milk on Steve Austin. And that’s a great company to be in. It was homogenous.” (0:04 – 0:25)

Stone Cold Steve Austin returned to the company and main-evented Night One of WrestleMania against Kevin Owens. After defeating KO, he showed up again during Night Two and hit former WWE CEO Vince McMahon with a Stunner.

Time will tell if The Rattlesnake makes any more appearances for the company in the future.

Would you like to see Pat Maroon wrestle in WWE? How do you feel about celebrities and athletes from other sports performing inside the squared circle? Let us know in the comments section below.

If you use any quotes from this article, please credit Jay Rechar and give a H/T to Sportskeeda Wrestling for the transcription.