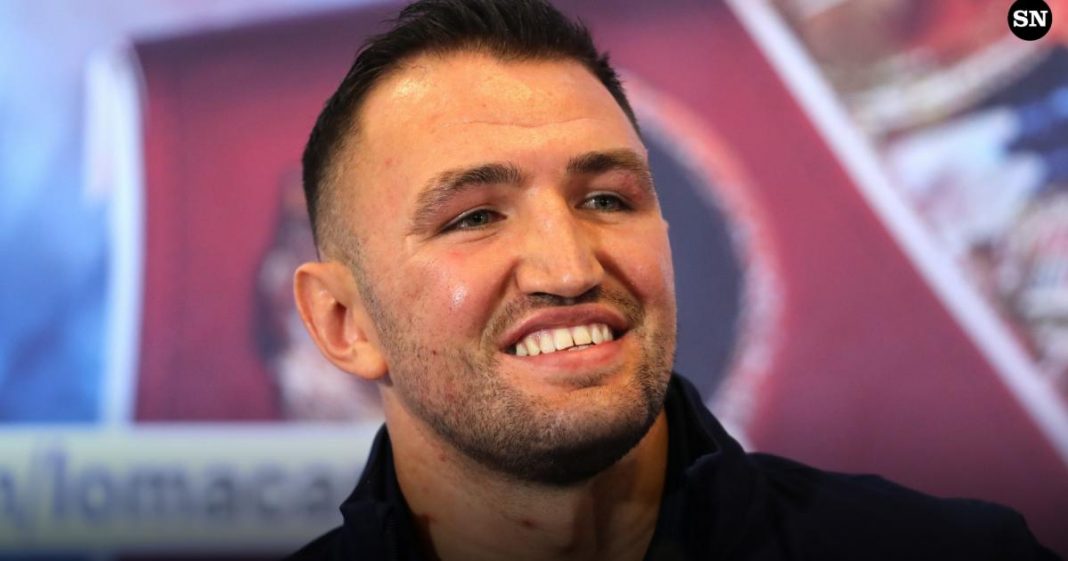 Michael Hunter believes that he will knock out Hughie Fury when the pair meet three months after they had originally been scheduled to fight.

Fury was frustrated to pull out of the fight through illness in July, which his opponent has said is part of his path to fighting the Englishman’s cousin, WBC champion Tyson Fury.

“He can say what he wants – at the end of the day, he’s getting knocked spark out,” Hughie Fury told Sky Sports News, returning Hunter’s threat.

What’s the rescheduled date? Can you buy tickets? What are the fighters’ records? The Sporting News has the details.

When is Hughie Fury vs Michael Hunter?

Fury and Hunter will now fight each other on Saturday, October 29, 2022.

Where is the Hughie Fury vs Michael Hunter fight taking place?

Originally set for Manchester, the bout will now take place at the World Resorts Arena in Birmingham.

How to watch Hughie Fury vs Michael Hunter

How to buy tickets for Hughie Fury vs Michael Hunter

Promoters Boxxer are yet to announce ticket details but you can sign up for updates here.

Who is on the Hughie Fury vs Michael Hunter undercard?

The postponement of the original date also meant that an intriguing undercard, including Caroline Dubois and a professional debut at the time for Ben Whittaker, did not go ahead.

Details of the revised undercard are yet to be announced but will be updated on this page once announced.

Stockport-born Fury won gold at the Youth World Championships in 2012 and made his professional debut in an arena the following year, knocking out David Whittom on the undercard of Adonis Stevenson’s win over Darnell Boone at Montreal’s Bell Centre.

He then appeared at an even larger setting, performing before his better-known cousin when the fighter known as ‘The Gypsy King’ beat Steve Cunningham on his American debut at Madison Square Garden in New York.

The 18 wins Fury claimed after that were largely accrued in England, the last of which saw him secure the vacant WBO Inter-Continental heavyweight title against Fred Kassi at London’s Copper Box Arena.

Acne conglobata – a rare and unusually severe form of acne which causes lesions on the body – kept Fury out of the ring for well over a year after that win. His father and trainer, Peter, said he was operating at “30-to-40 percent” of his best because of the condition.

When he returned, Fury lost by decision to Joseph Parker in a WBO title challenge at Manchester Arena. He responded by knocking out Sam Sexton to win the British belt, then lost on points to Kubrat Pulev in Sofia in his second scrap of 2018.

A defeat on the scorecards to Alexander Povetkin at the O2 Arena in 2018 came in the middle of his current run of five wins, including one against Mariusz Wach at Wembley Arena in 2020.

His most recent victory came at Newcastle Arena in October 2021 when Christian Hammer retired from the fight early, suffering the same fate as he did against Tyson Fury in 2015.

Now 27, Fury is ranked at number four by the WBA and is one step away from another title shot.

A winner of the prestigious Golden Gloves title in the US as a junior, Hunter represented his country at the 2012 Olympic Games in London – the same year he became US national champion.

He appeared on the undercard of a Vasyl Lomachenko title fight early in his professional career, as well as Shawn Porter’s win over Adrien Broner at the MGM Grand in Las Vegas in 2015.

In his 13th fight, Hunter performed creditably to go 12 rounds with then-WBO cruiserweight champion Oleksandr Usyk, surviving a final-round knockdown to lose on points in 2017.

His defeat to the current heavyweight champion remains the only loss so far of his career for Hunter, who fought outside of the US for the first time the following year, heading to London’s York Hall to face Martin Bakole for the vacant IBO Inter-Continental belt.

Hunter weighed in 43lb lighter than Bakole but knocked out his opponent, who has won all of his 17 other fights, with a crushing combination and finish in the 10th round.

Currently ranked at number two, Hunter is hoping to beat Fury to the right to challenge WBA champion Daniel Dubois.

His nickname, ‘The Bounty’, is taken from his fighter father, Mike, who was known as ‘The Bounty Hunter’.

The late Hunter senior fought the likes of Oliver McCall and Tyrell Biggs between 1985 and 1996, winning WBC and IBF titles and challenging Brian Nielsen for the IBO heavyweight title in the final fight of his career, which proved to be his only knockout defeat.