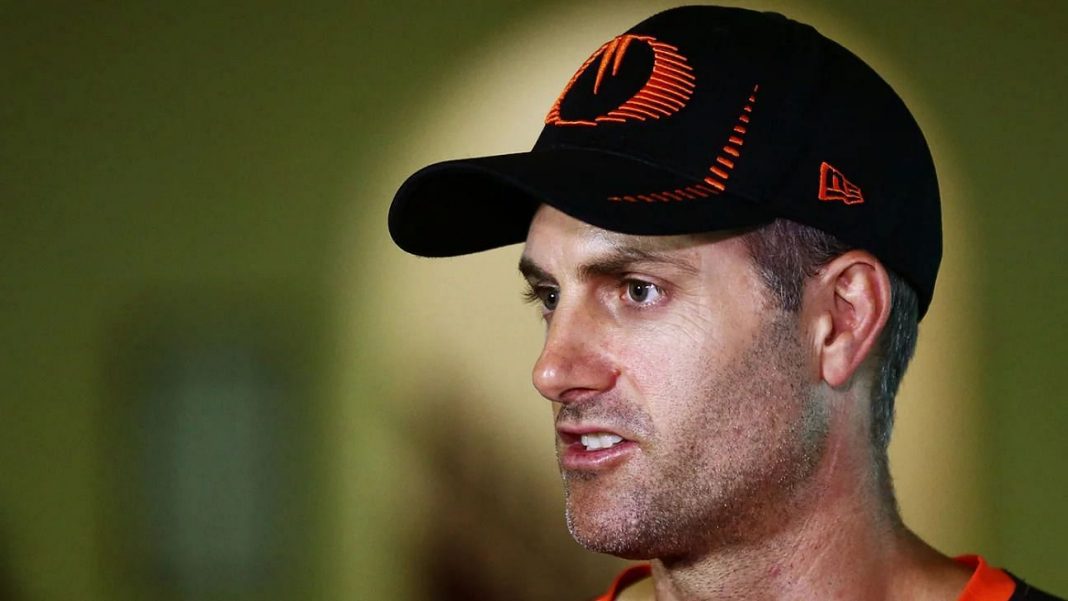 Reliance Industries Limited-owned MI Cape Town have unveiled their coaching staff ahead of the inaugural season of SA20. Former Australian cricketer Simon Katich has been named as the head coach of the franchise, while the rest of the support staff includes Hashim Amla, James Pamment, and Robin Peterson.

Katich has served in various coaching roles over the years in the Indian Premier League (IPL) with the likes of Kolkata Knight Riders (KKR) and Royal Challengers Bangalore (RCB). He was named the assistant coach of the SunRisers Hyderabad (SRH) ahead of the 2022 season but left the role after the auction due to differences in terms of the strategic approach.

Claiming that it is an honor to don the role of head coach with Mumbai Indians’ sister franchise, Katich said:

“It is an absolute honour to be offered the position of head coach for MI Cape Town. It is always special to put together a new team, hone skills and build a team culture. I look forward to ensuring that MI Cape Town develops into a team that leverages local talent and has MI core values at its heart.”

Amla, a former South African batter who is currently an active player with Surrey, will take charge as the batting coach. He was earlier named as Peshawar Zalmi’s batting coach for the 2022 edition of the Pakistan Super League (PSL).

Expecting the inaugural SA20 to be a great platform for the upcoming local players, Amla said:

“I’m thrilled to take up this assignment with MI Cape town. Big thanks to MI owners, management and my manager for facilitating this so smoothly. From everything they have planned it looks like it’s going to be amazing platform that will attract our local talent.

Pamment will serve as the fielding coach for the newfound franchise, a role he has held at the Mumbai Indians since the departure of Jonty Rhodes in 2017. Peterson, a former South African all-rounder and Mumbai Indians player, will act as the team’s general manager.

MI Cape Town were the first among the six franchises in the league to complete their mandatory core group signings. The side roped in the likes of Rashid Khan, Liam Livingstone and Sam Curran as overseas players. With teams required to sign one local capped and one local uncapped player prior to the auction, MI Cape Town roped in Kagiso Rabada and Dewald Brevis to fulfill their quota.

Excited at the prospect of Simon Katich at the helm with Amla, Pamment and Peterson holding the fort, team owner Akash Ambani said:

“I’m happy to welcome Simon and Hashim on MI Cape Town coaching team. Together with James and Robin, we’ll be a team that will grow the MI brand of cricket in South Africa and bring to this cricket loving country the values and ethos MI stands for.”

What do you make of the franchise’s new coaching staff? Let us know what you think.