Eddie Hearn Talks Fury Vs. Joshua Offer: “Accept It Or Go Away” 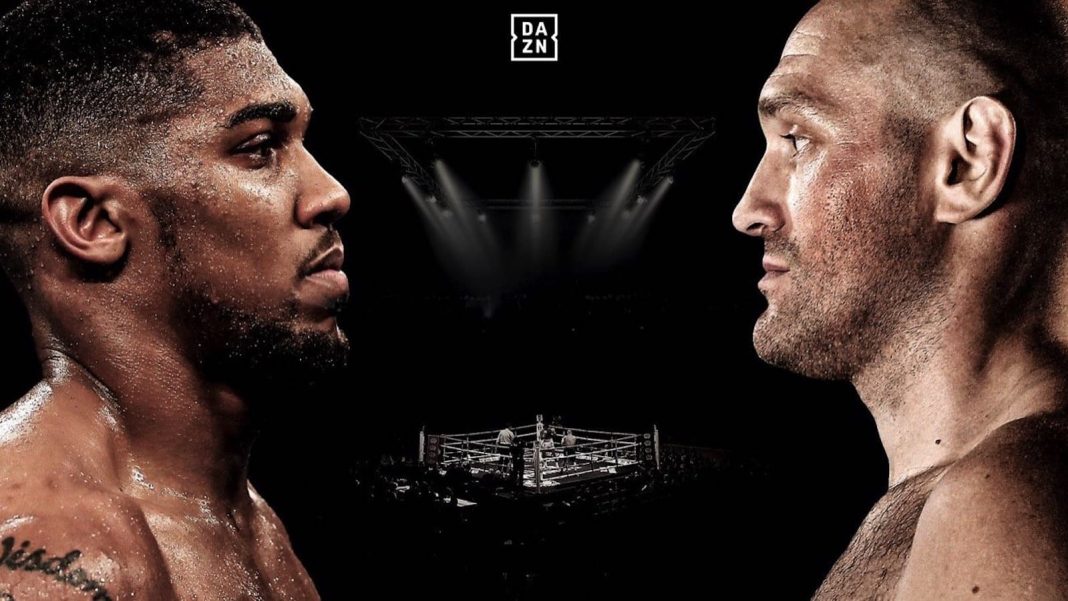 By Adam Baskin: Eddie Hearn says he was given basically a take it or leave it offer from Tyson Fury’s team during the negotiations for Anthony Joshua.

Although Hearn admits that he wasn’t happy with much of the offer, he was left with no choice but to either agree or walk away.

Hearn says he accepted the offer for December 3rd with a 60-40 split and a rematch clause of 50-50, should Joshua defeat Fury.

This was an opportunity that Hearn didn’t want to turn down because Joshua (24-3, 22 KOs) might not ever get another chance to fight Fury.

With Fury on the verge of fighting unified heavyweight champion Oleksandr Usyk and talking about retirement, Hearn didn’t want to lose out on making the fight or Joshua while he still had the chance.

Joshua’s recent two defeats against the highly skilled Usyk are meaningless for this affair because Fury isn’t as fast on his feet or as hard to hit.

If Joshua is able to land on Fury’s body, he has an excellent chance of taking the air out of his tires.

“We received an offer; we tried to negotiate the offer. We weren’t happy with a lot of it, but we were told unequivocally, ‘No movement. Accept it or go away,’ and we went, ‘‘We accept it,’” said Eddie Hearn to iFL TV about his attempts to negotiate a better deal for Anthony Joshua for a fight against Tyson Fury.

“AJ has wanted that fight for so long. He accepted every term that was put to him by Tyson Fury. We accepted that on Friday. We’re still waiting for the contract. I spoke to George Warren this morning, and he said he’ll have that in the next couple of days.

“I hope December 3 becomes a reality. There’s no reason it shouldn’t do. No one from their team is making me feel like it shouldn’t. I don’t want to get too excited yet. Don’t forget; we signed for this fight previously. Hopefully, we can sign for it again, and it’ll happen.

“We still have to work out the broadcast situation, but BT and DAZN are very excited, and the talks will be very proactive and productive for those guys to work for together and move forward. It’s the biggest fight in boxing. Everybody wants to be a part of it. There are still conversations to be had,” said Hearn.