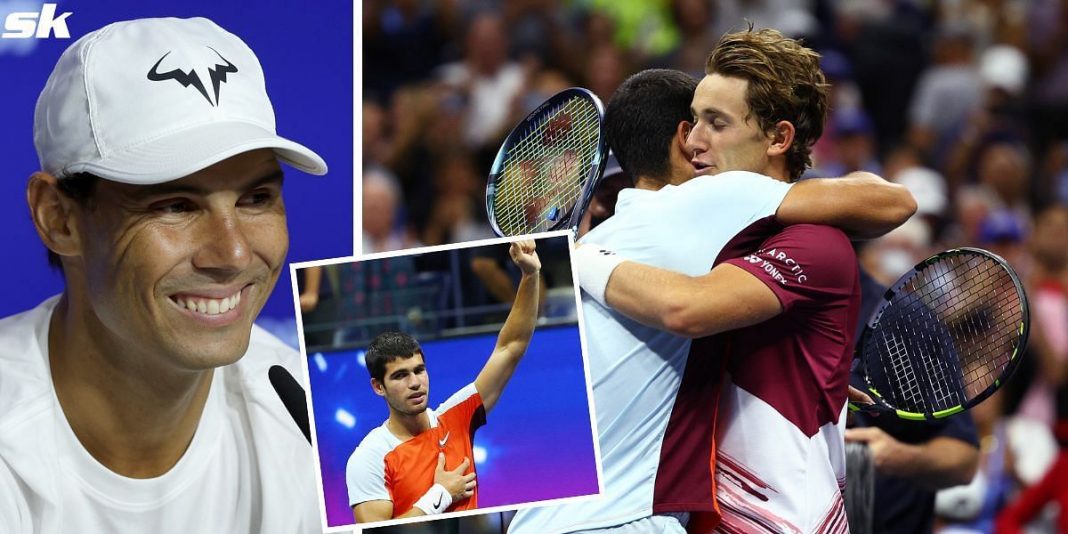 Nadal congratulated compatriot Alcaraz for winning his maiden Major title and the No. 1 ranking, highlighting that the achievements are a result of the 19-year-old’s breakthrough season on tour. Nadal believes this is the first of many such seasons for his fellow Spaniard.

Nadal lauded Ruud for an impressive 2022 US Open display as well, where he reached his second Grand Slam singles final of the year. Incidentally, Nadal beat Ruud in his first final at the French Open. Furthermore, Ruud is a student of the Rafa Nadal Academy in the Spaniard’s hometown of Manacor, Mallorca.

“Congratulations Carlos Alcaraz for your first Grand Slam and for number 1, which is the culmination of your first great season, which I am sure will be many more!” Rafael Nadal wrote on Twitter.

Nadal was also in the race for the top spot at the 2022 US Open, but lost out on the same after he bowed out of the tournament in the fourth round and with Carlos Alcaraz and Casper Ruud reaching the final. Nadal retains his World no. 3 ranking, while Alcaraz and Ruud will be ranked No. 1 and 2 respectively when the new round of ATP rankings is released on Monday.

Carlos Alcaraz bagged a break of serve midway through the first set and held on to his advantage to clinch the opening set of the US Open final 6-4. Ruud, who was under the pump early in the second set as well, produced some of his best tennis of the fortnight to even proceedings by breaking Alcaraz’s serve twice and winning the set 6-2.

The third set was another hard-fought battle between the two players. Alcaraz saved two set points while serving at 5-6 and forced a tiebreak. The Spaniard then played an almost flawless tiebreaker to win it 7-1 and take a two-sets-to-one lead in the match.

Alcaraz did not let go of the momentum in the fourth set and once again broke Ruud’s serve midway through the set, before holding on to his final two service games and his nerves to win his maiden Grand Slam singles title 6-4, 2-6, 7-6(1), 6-3.