How much will winner Iga Swiatek and runner-up Ons Jabeur earn? 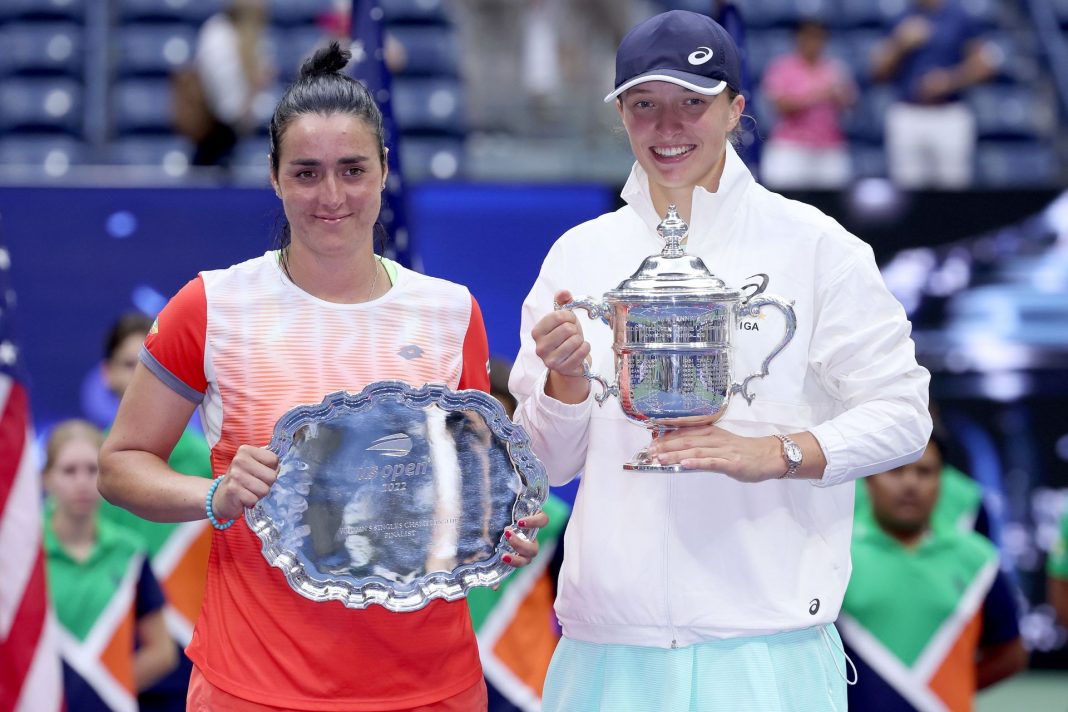 Iga Swiatek overcame a late challenge from Ons Jabeur to clinch the 2022 US Open, her third Grand Slam title and second this season, with a 6-2, 7-6(5) win. Swiatek will continue her reign as the World No. 1 in the WTA rankings, while Jabeur climbs to the 2nd spot, courtesy of her US Open run. The two tennis stars will also take home big paychecks from New York.

The total prize money for the women’s singles draw, similar to the men’s draw, stands at just over $42 million at $42,628,000. While Swiatek and Jabeur took home a combined $3.9 million as champion and runner-up respectively, semifinalists Aryna Sabalenka and Caroline Garcia won $705,000 each.

First round appearances earned the players $80,000 each and players losing in the second round won $121,000 each. Meanwhile, the total prize money pool for the qualifying event stood at $6.26 million, a huge rise as compared to past editions.

The total prize money purse, including all competitions, crossed $60 million for the 2022 edition, a rise from last year’s total of $57.5 million.

A happy Iga Swiatek showed her humorous side during the trophy presentation ceremony after winning the 2022 US Open singles title. As the presenter congratulated the Polish tennis superstar and handed her a $2.6 million cheque, Swiatek joked that she was glad not to receive her prize money in cash.

“I’m really glad that it’s not in cash,” Swiatek said with a chuckle.

A straight-sets victory for Swiatek in the final means that she has now won her last 10 singles finals on the WTA tour without dropping a set in any of those matches. She has won 10 of the 11 tour-level finals she has played in her career so far.

Prior to the second set against Jabeur on Saturday, the Polish player had not dropped more than four games in a single set in her last 10 finals. She won the second set of Saturday’s final in a tiebreaker.

The US Open title is Swiatek’s first Grand Slam title on a surface other than clay. She previously won the French Open in 2020 and 2022.