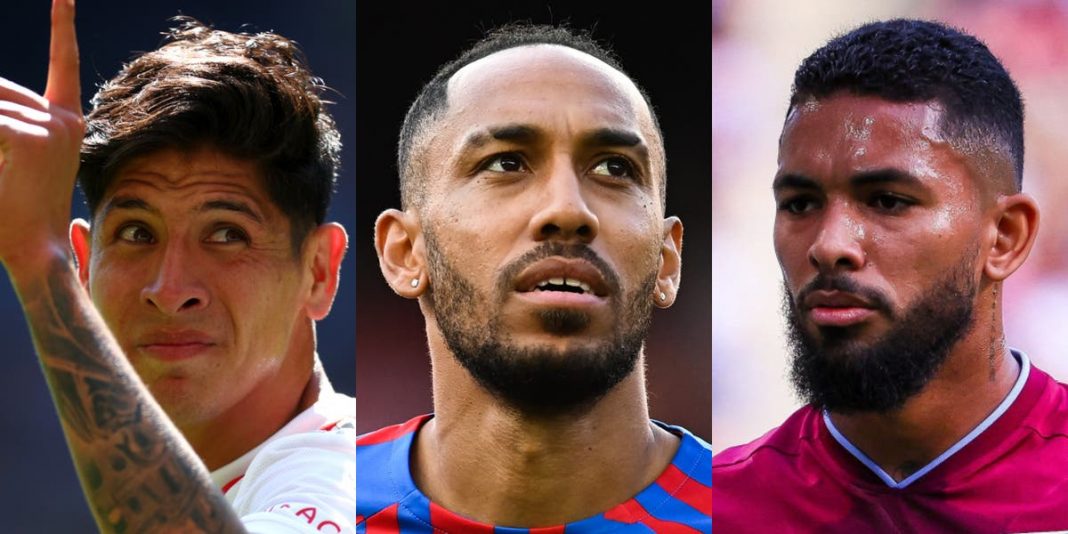 The transfer window has officially shut, bringing an end to a hectic summer for Arsenal, Chelsea and Tottenham. The Gunners wanted to further bolster their midfield but failed with THREE bids for Douglas Luiz – and also missed out on signing Danilo after exploring that deal. Hector Bellerin has signed for Barcelona on a free transfer.

Chelsea have confirmed the signing of Pierre-Emerick Aubameyang, with Marcos Alonso heading to Barcelona in a player-plus-cash arrangement. The Blues have missed out on Memphis Depay but did have better luck with Denis Zakaria, with the Swiss midfielder joining on loan after Ajax defensive midfielder Edson Alvarez and PSG superstar Neymar stayed put.

Tottenham opted against signing Dan James, with Fulham getting the winger on loan. Bryan Gil went nowhere with no replacement found by Spurs. Follow all the latest transfer news, rumours and gossip as Transfer Deadline Day comes to an end with Standard Sport’s LIVE blog below!

That wraps it up!

That brings an end to our live coverage – it’s been another late one as usual on deadline day!

Chelsea get their business done, bringing a close to a record-breaking summer of spending. Arsenal and Tottenham among those to be more efficient earlier in the window.

Now to see how it all plays out on the pitch.

The 25-year-old was happy to leave the Turin giants and Thomas Tuchel offered him a route out of Serie A during a frantic end to a record-breaking summer transfer window at Stamford Bridge.

Having already spent a club and British record during a single window, the Boehly-Clearlake Capital partnership continued to back Tuchel deep into the final hours of the window. A loan move has been rushed through and the club have an option to buy next year for £26m.

Aubameyang has been given the number shirt by Chelsea – a month after Thomas Tuchel joked it was cursed.

Can he break it?

Read more on that here

Aubameyang: I have unfinished business

Pierre-Emerick Aubameyang is delighted to be back in England, it’s fair to say.

“I have some unfinished business with the Premier League so it’s good to be back and really exciting,” he said.

The one we’ve been waiting for!

Chelsea have confirmed the signing of Barcelona striker Pierre-Emerick Aubameyang on a two-year contract with the option of an extra season.

The 33-year-old returns to the Premier League only nine months after leaving Arsenal, the club he captained before a disciplinary breach saw him stripped of the role in November.

Brighton have completed a deadline day deal for Billy Gilmour from Chelsea.

The Blues accepted a bid in the region of £9million on Thursday despite concerns over their own midfield, with Conor Gallagher out of form and N’Golo Kante set for a spell on the sidelines.

The 21-year-old has signed a four-year contract with the Seagulls, and could make his debut this weekend against Leicester.

“Billy arrives with a fantastic pedigree, having played in the Premier League and Champions League as well as for Scotland at last year’s Euros,” Brighton boss Graham Potter said after the move was officially confirmed.

Gilmour announcement coming up very shortly… sure he’s very happy about it too. Get it?

Fulham – done. Their busy deadline day is over.

Attention is now on Chelsea, as we wait official confirmation for Aubameyang and Zakaria.

“We need help but haven’t been able to get that”

Brendan Rodgers is glad to see the back of the transfer window, but he’s certainly not happy with how it’s gone for Leicester.

Forest were looking a bit short…