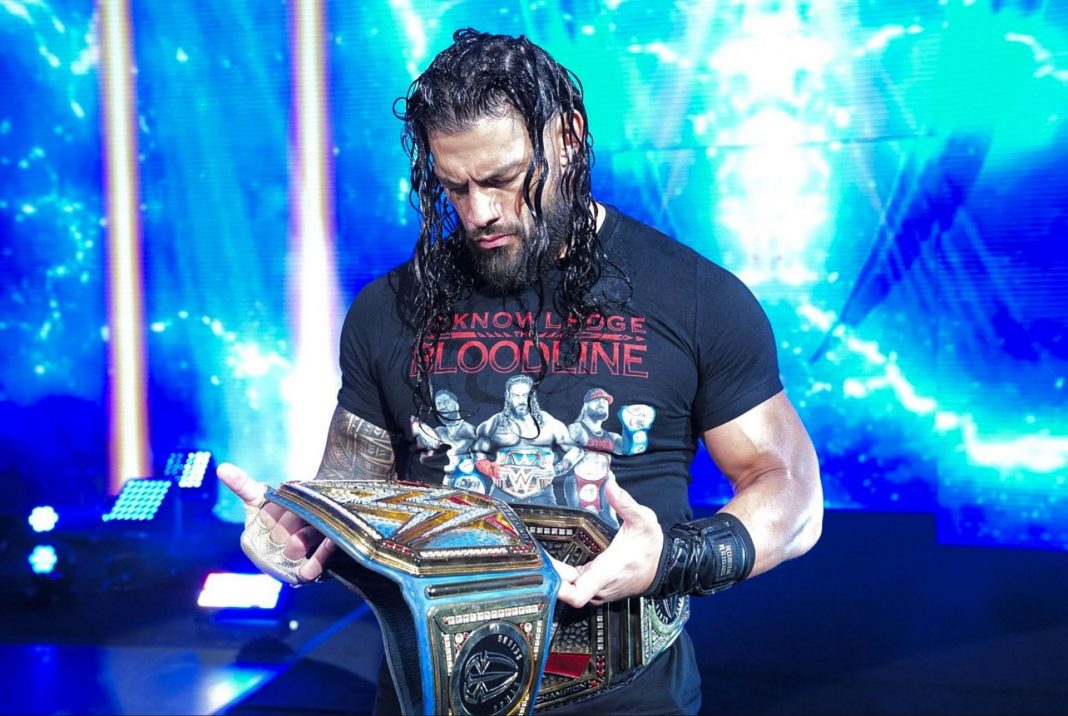 Former WWE Champion Drew McIntyre recently spoke about not being able to get a win over Roman Reigns in the past.

McIntyre and Reigns have faced each other four times in televised singles matches, with the Tribal Chief emerging victorious every single time. With their upcoming match at Clash at the Castle, The Scottish Warrior claimed to be on the lookout to pick up that elusive win over his longtime rival.

In the latest edition of WWE’s the Bump, McIntyre addressed his four losses against the Head of the Table.

The Scottish Warrior acknowledged that Roman Reigns is extremely formidable inside the ring. He detailed that he had time to work on his past mistakes and became a new man, something the likes of which Reigns has not faced.

“Roman has always been my kryptonite and he is that good. He is as good as he says he is. I do learn from my mistakes, I’m always honest with myself. I always look in the mirror and say where are the weaknesses? Where do we need to improve? Roman doesn’t do that anymore. He’s genuinely convinced that he is completely unbeatable. He listens to everybody around him and I can assure you this is not the same Drew McIntyre that he even faced two years ago,” said Drew McIntyre. [From 26:12 to 26:31]

You can watch the full video here:

The reigning Undisputed WWE Universal Champion was appraised of the danger that Drew McIntyre posed on the latest edition of SmackDown.

The two men came face-to-face in the ring and engaged in a war of words. However, the verbal battle soon turned into a physical one as the behemoths started throwing hands.

McIntyre lined Reigns up for the Claymore but he was saved by Sami Zayn, who took the finisher instead.

Roman Reigns used this distraction to hit a Superman Punch on McIntyre. Just as he was looking to put an exclamation mark on the encounter with a Spear, The Scottish Warrior countered and planted the champion with a Claymore.

Who do you think will walk out of Clash at the Castle with the title? Let us know your predictions in the comments section below.

If you use quotes from this article, please credit The Bump and add a H/T to Sportskeeda Wrestling for the transcription.

Why didn’t Road Dogg join Billy Gunn in AEW? Hear it from the man here