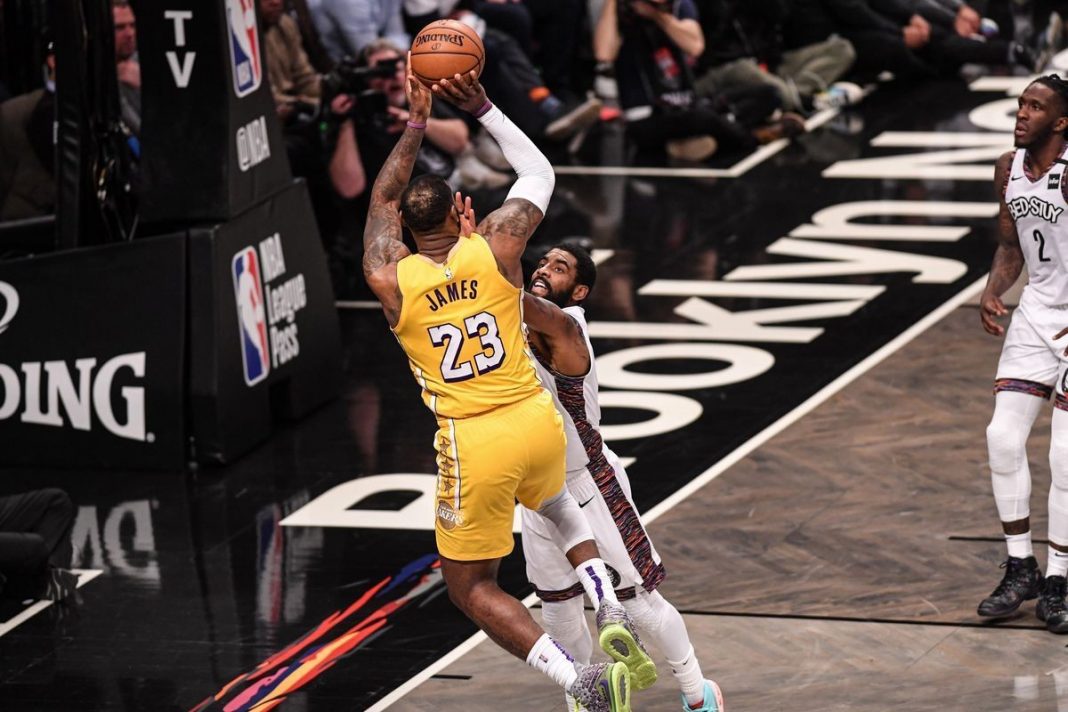 The LA Lakers’ season schedule is out, and fans are predicting their potential record. Despite not having a fixed roster, pundits and fans believe they are going to win the opening night matchup against the reigning champions on the road. Their thinking is that the Lakers will be motivated after watching Steph Curry and the Warriors put on championship rings before the game.

Additionally, LeBron James signed a two-year $97.1 million extension which ties him up with the Purple and Gold until 2024-25.

Let’s take a look at a few rumors around the Lakers in the 24 hours.

The New York Knicks are trying to acquire Donovan Mitchell from the rebuilding Utah Jazz. The last time a trade was discussed between the two teams, the LA Lakers were involved. Russell Westbrook could potentially be sent to Utah and many rumors in the past month tied him to the Jazz. HoopsHype’s Michael Scotto reported:

“The Lakers had conversations about joining the Jazz and Knicks a few weeks ago in a potential three-team trade, league sources told HoopsHype. The proposed three-team trade scenario included Westbrook going to Utah and getting bought out.

“Utah would send Donovan Mitchell to the Knicks, a combination of two players, including Patrick Beverley and Jordan Clarkson, Bojan Bogdanovic or Malik Beasley to the Lakers, and the Jazz would receive significant draft pick compensation from the Knicks and Lakers.”

“They have two real assets to put out there to do a significant trade. That’s their 2027 and 2029 first-round picks. If unprotected, they will have a lot of value in the marketplace. The Lakers, I’m told, will be willing to do that in a Kyrie Irving trade, but that’s not something the Nets have been interested in.”

REPORT: The Lakers have been willing to include both of their first round-picks in a Kyrie Irving deal but the Nets are not interested.

REPORT: The Lakers have been willing to include both of their first round-picks in a Kyrie Irving deal but the Nets are not interested.(via @wojespn) https://t.co/YyLtSBEmmf

Another reason why fans thought LeBron James wouldn’t instantly sign a contract extension is because he didn’t want to get tied down to the franchise. His son, Bronny, won’t enter the league until 2024, at the earliest.

However, he solved that issue by adding a player option for the final season, which allows him flexibility to change teams if he wants to join his son’s team. He can opt out of the 2024-25 season and become an unrestricted free agent.

Q. Will LeBron James play with his son Bronny James in the NBA?