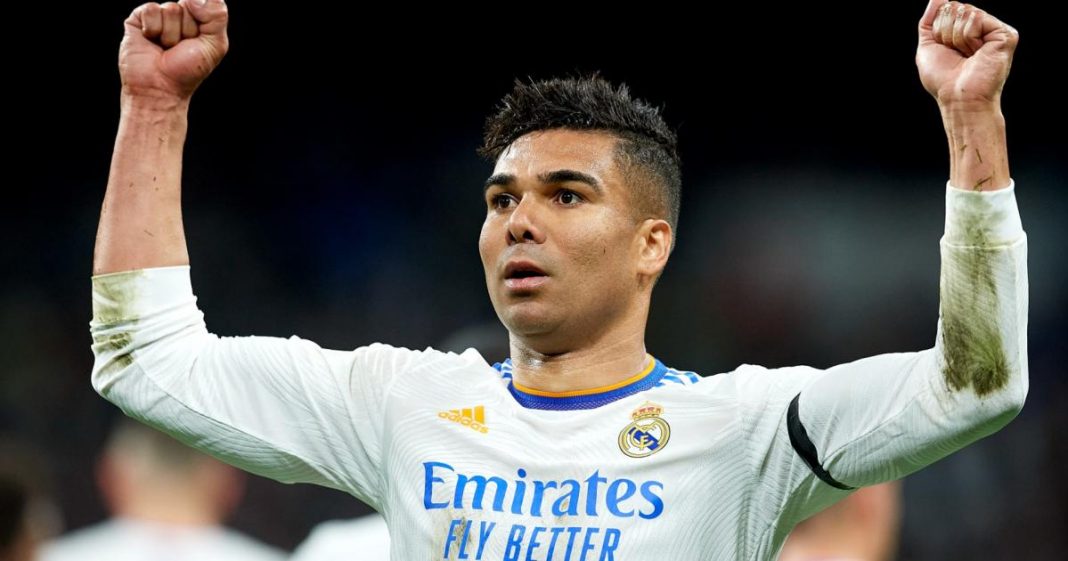 After a summer of failed signings, Manchester United finally look set to land a new star.

According to various reports, the Red Devils are on the cusp of securing the transfer of Casemiro from Real Madrid.

The Brazilian midfielder has been a regular fixture of Real Madrid sides over the past several years and has won five UEFA Champions League titles with the club.

Despite still being contracted in Spain, all signs suggest Casemiro will soon be playing in the Premier League.

The Guardian, among others, have confirmed the specifics of the potential deal after an offer was submitted on August 18.

Los Blancos originally signed the Brazilian from Sao Paulo for just €6m in July 2013 and are expected to accept Man United’s offer.

Casemiro is also reportedly keen for the move to Old Trafford and will be handed a contract running until June 2026 with the option for an extra year.

The midfielder is set to earn €18m ($18.1m) a year with the Red Devils, according to Nicolo Schira.

MORE: Why the Glazers are blamed for Man United’s downward spiral

How old is Casemiro?

Despite seemingly being around for decades, Casemiro only turned 30 in February 2022.

The Brazilian made his senior debut at the age of 18 and has enjoyed a relatively injury-free career.

Casemiro has only been sidelined for more than a month on two occasions — in 2016 and 2018.

Last season, the 30-year-old played 48 games in all competitions for Real Madrid as they won La Liga and the Champions League.

Casemiro most recently wore the No. 14 shirt at Real Madrid but won’t be able to don that number again at Old Trafford.

Another new Manchester United signing in Christian Eriksen will wear the No. 14 for the Red Devils this season.

That means Casemiro will have to accept a new number with 13 and 15 both available.

The Brazilian has also previously worn the No. 18 jersey and that remains an option for him at Man United.

MORE: Why Christian Pulisic to Man United would be a good deal across the board

When could Casemiro make his Manchester United debut?

Should the Red Devils complete a deal for Casemiro this week, there’s every chance he could play his first game for Manchester United before the end of August.

The 30-year-old is match fit having already featured twice for Real Madrid in 2022/23.

Erik ten Hag’s side next face Liverpool on Monday, August 22 and while that fixture may come too soon, Casemiro could certainly be an option five days later when United travel to face Southampton.

After consecutive losses to start the season, the Red Devils need to shake things up and Casemiro’s potential arrival would give Ten Hag’s side a leader in the locker room and an upgrade in midfield.