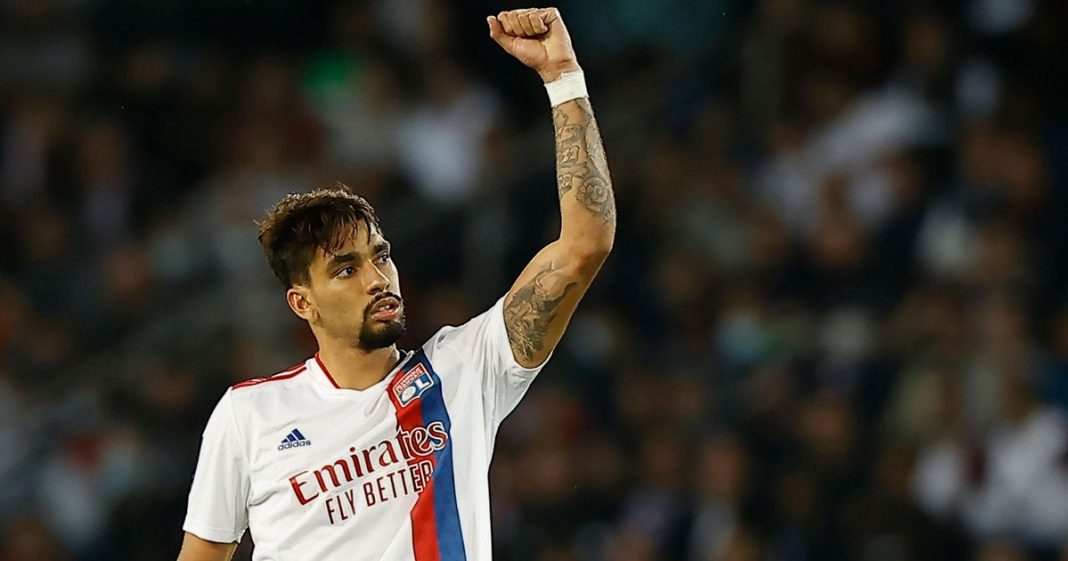 Arsenal prepare to take on AFC Bournemouth in their third match of the new season this weekend as they aim to make it three wins from three in the Premier League, but plenty of negotiations are going on behind the scenes in the meantime as the Gunners look to add to their squad.

Leicester City’s Youri Tielemans remains a priority signing in midfield, but according to reports, Lyon’s Lucas Paqueta has taken centre stage and is being targeted in a January swoop. Elsewhere, Barcelona are ‘serious’ about signing Hector Bellerin, while West Ham United are targeting Ainsley Maitland-Niles.

Eddie Nketiah hits back at Arsenal teammate – “You think you’re the f***ing only one!”
Arsenal goalkeeper Aaron Ramsdale gets engaged to stunning flight attendant girlfriend

Edu to ‘prioritise’ Paqueta in January

Arsenal are yet to sign a new central midfielder this summer, with Fabio Vieira seen as a more attacking player who can play behind the striker, and have been consistently linked with Leicester’s Tielemans, but a move for the Belgian could fail to muster if recent reports are to be believed.

According to journalist Sacha Tavolieri, via Football Talk, Tielemans is reportedly not Edu’s ‘real priority’ as a midfield target, with the Arsenal chief willing to wait until January to go after Lyon’s Paqueta, which could mean that the Gunners may opt to pull out of a deal altogether.

However, Paqueta does not tick the boxes that Arsenal are looking for in a central midfielder, with the Brazilian playing in a similar role to Martin Odegaard and Vieira by joining in with attacks and providing goals and assists, meaning a deal for Tielemans may not be completely ruled out.

Should Arsenal still pursue a deal for Youri Tielemans this month? Let us know your thoughts in the comments section below.

Arsenal defender Bellerin is desperate to leave the club this summer and return to his homeland after enjoying a successful spell with La Liga outfit Real Betis last term, and is expected to have his contract terminated as a result of his desire to return to Spain.

However, according to Sport, Barcelona are now taking an interest and are said to “seriously value” the idea of incorporating Bellerin into their transfer plans after missing out on Chelsea captain Cesar Azpilicueta this summer, meaning that Arsenal could yet receive a fee for the player.

Bellerin has one year left on his current deal and Arsenal do not want to let him leave for nothing as they intend on generating extra transfer funds to put straight back into their transfer kitty, so Barcelona could provide a solution to his exit for both the Gunners and the right back if they go through with a deal.

Arsenal are also trying to offload Maitland-Niles this summer after the midfielder has become surplus to requirements at the Emirates, and they may have found his next potential suitor following reports that West Ham have registered their interest.

That’s according to ExWHUEmployee, who reports that the Hammers are eyeing a potential season-long loan deal to sign the versatile midfielder from the Gunners this month.

However, Arsenal are keen to let him leave on a permanent basis as they seek to recoup transfer funds to put towards new signings in the final two weeks of the transfer window, with the England international having no future in north London.