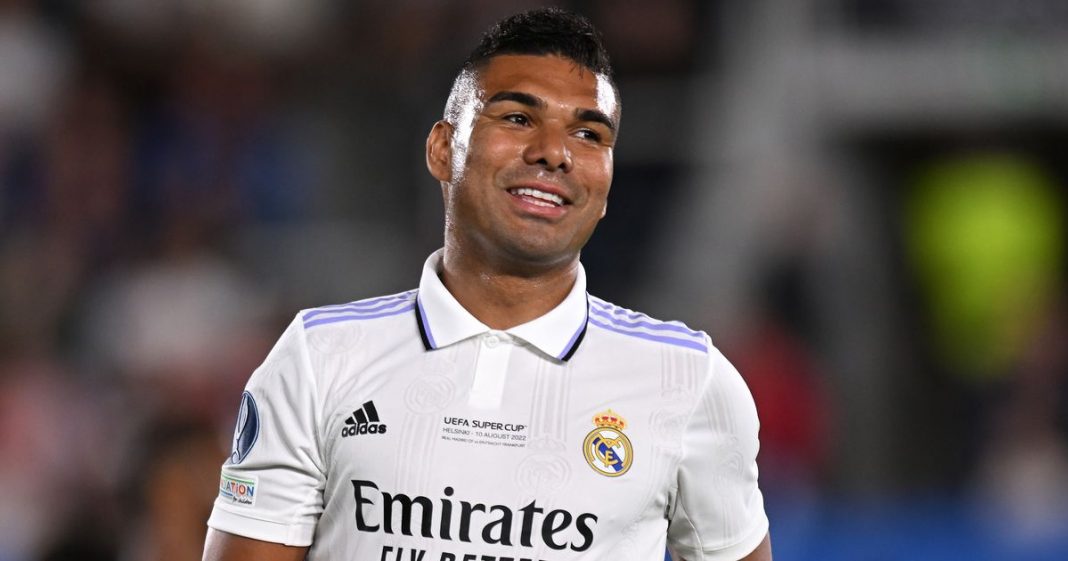 Manchester United have offered to double the wages of Real Madrid star Casemiro in a bid to land a big-name star this summer.

United’s pursuit of the Brazilian comes after their failed attempts to sign Adrien Rabiot, whose move to Old Trafford has collapsed. The breakdown in negotiations has infuriated Juventus – with Rabiot set to be banished from the first team.

Mirror Football has also rounded up the other latest transfer news from across Europe, including updates on Marko Arnautovic and Adnan Januzaj, while Barcelona have named their price for Pierre-Emerick Aubameyang. And Nottingham Forest and Crystal Palace are fighting over French midfielder Houssem Aouar.

Casemiro could be in the money

Now Marca claims Brazilian midfielder Casemiro will be allowed to decide if he accepts an offer of a five-year deal worth €10m a season to join the bottom team in the Premier League.

The Spanish sports daily insists Real Madrid do not want to sell and he has a great relationship with coach Carlo Ancelotti. But they would be prepared to sell the 30-year-old for €60m after buying 22-year-old Aurélien Tchouaméni from Monaco for €80m.

Radio station Cadena SER had claimed Atletico Madrid have turned down a bid of €135m for Joao Felix from United, though the club have insisted the reports are ‘pure nonsense’.

The front page of Tuttosport sums up the feelings of Juventus after Adrien Rabiot’s transfer to Manchester United was scuppered by the wage demands of his mother and agent Veronique.

The Turin-based sports daily reports that the two clubs agreed a €20m fee for a player out of contract at the end of the season. United even offered to increase his wages from his current €7m a season net to €8m. But Rabiot wanted wages for €10m.

Adrien Rabiot is set to be banished from the Juventus first team squad after the collapse of his transfer to Manchester United.
(
Getty Images)

And Calciomercato claimed the agent wanted add-ons for each year of the five-year contract – plus another €8-10m in commission and signing-on fee. Juventus wanted the Rabiot money to sign Leandro Paredes from Paris Saint-Germain and maybe Memphis Depay from Barcelona.

Now Gazzetta dello Sport claims Rabiot will not be allowed to train with the first team in a bid to force him out in World Cup year.

Arnautovic is still a wanted man

Manchester United’s pursuit of former West Ham striker Marko Arnautovic caused uproar among supporters. But the Austrian could be heading to another big European club from Bologna.

Juventus have long agreed personal terms with Memphis Depay but the Dutchman has yet to agree a deal with Barcelona over the final year of his contract. Juventus want him on a free transfer otherwise Tuttosport claim they will go to Plan B and sign 33-year-old Arnautovic.

Januzaj to be LA dreaming

Belgian winger Adnan Januzaj was the future of Manchester United but now 27, he is out of contract from Real Sociedad and seeking a new club. Marca claims Everton showed most interest in Europe but now LA Galaxy, the former club of David Beckham, want him after signing Barcelona midfielder Riqui Puig.

L’Equipe reports that Lyon midfielder Houssem Aouar has agreed a five-year deal to move to the City Ground even though the two clubs have not yet agreed a price. The French club want €15m for the player with a year left on his current deal while Forest have so far offered €10m plus bonuses.

The French sports daily claims Aouar wants to play in the Premier League but is unsure about Forest, while Crystal Palace have also shown an interest in the player.