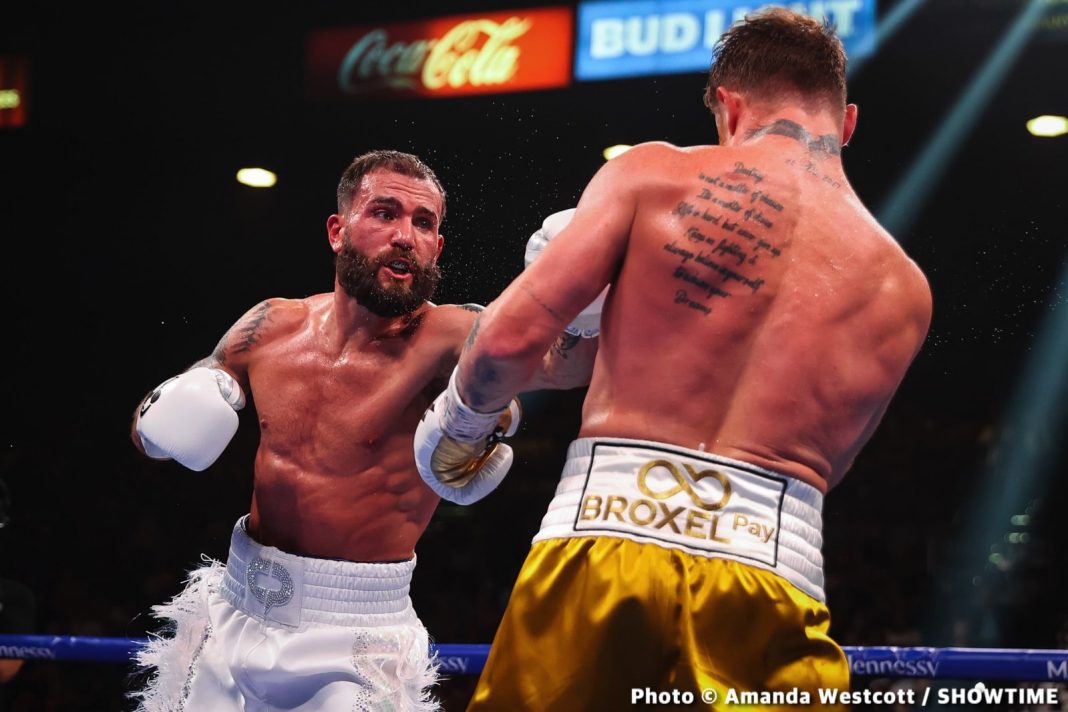 By Dan Ambrose: Former IBF 168-lb champion Caleb ‘Sweethands’ Plant will be coming off a long layoff to face former two-time WBC champion Anthony Dirrell in the chief support bout on the Deontay Wilder vs. Robert Helenius card on October 15th on FOX Sports PPV at the Barclays Center in Brooklyn, New York.

The 30-year-old Plant (21-1, 12 KOs) will be fighting for the first time since losing his IBF super middleweight title to Canelo Alvarez last November in an undisputed 168-lb clash in Las Vegas.

The Tennessee native Plant has been licking his wounds from that fight, planning his return against the 37-year-old Dirrell (34-2-2, 25 KOs) in a WBA 168-lb title eliminator.

Whoever emerges as the winner of the Plant vs. Dirrell fight will be the mandatory challenger for WBC super middleweight champion Canelo Alvarez. Plant would like nothing better than to get a second crack at Canelo, as he gave him all he could handle for ten rounds before getting caught with a big shot in the eleventh round and taken out.

The payday that ‘Sweethands’ Plant would get in a rematch with Canelo is also a big motivator because it would give him millions.

Ideally, Plant will probably need another solid win under his belt to encourage Canelo to fight him again because he has a lot of other excellent options that he can fight.

Trying to sell a second Canelo-Plant fight may prove difficult if the only win that Plant has under his belt since their previous meeting last year was against the aging Dirrell.

What Plant needs is a win over some of these fighters to seal the deal for a second Canelo fight:

Whether Plant will take the risk of fighting any of those fighters to try and improve his chances of a second fight against Canelo is doubtful.

My guess is once Plant earns the WBC mandatory spot by beating the shopworn Anthony Dirrell, he’ll play it safe by fighting weak opposition, waiting & hoping Canelo throws him a bone for a rematch that the boxing world has no interest in seeing.

“I’m looking forward to fighting at Barclays Center,” said Plant. “I’m feeling good, and I’ve been in the gym working hard since my last fight. I’m going to put on an excellent performance and retire this guy.