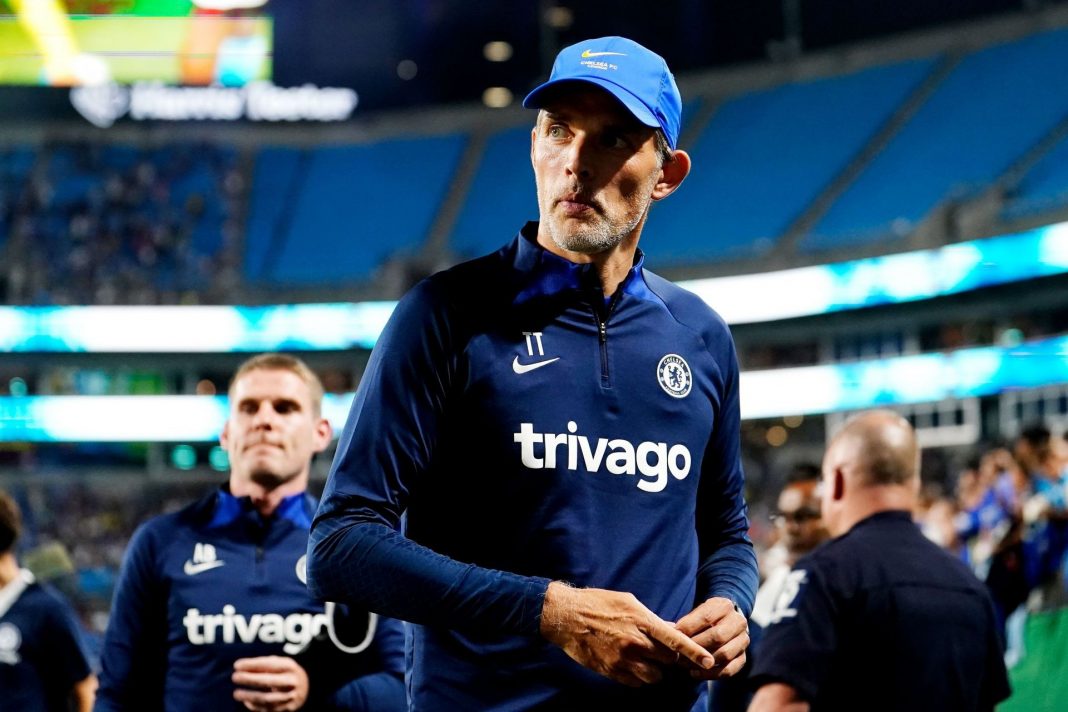 Chelsea have won one and drawn one of their two games in the new Premier League season. Thomas Tuchel’s wards have score three goals and conceded two so far.

Meanwhile, former Arsenal midfielder Paul Merson believes Cristiano Ronaldo could be the solution to the Blues’ striker conundrum. Elsewhere, the London giants are willing to wait for a Barcelona midfielder till the final days of the transfer window.

Paul Merson believes Cristiano Ronaldo is the answer to Chelsea’s striker woes. The London giants have allowed both Romelu Lukaku and Timo Werner to depart this summer and are without a recognised number nine.

In his column for Sky Sports, Merson said that the Blues are suffering due to the absence of a striker.

“Chelsea were outstanding against Tottenham on Sunday; they dominated the match from start to finish, but they haven’t got a goalscorer or centre-forward, and that cost them three points. Despite their domination, Spurs goalkeeper Hugo Lloris made just one save. That tells you all you need to know,” wrote Merson.

Merson went on to express disbelief at Chelsea’s failure to target Ronaldo, who has been linked with a move to Stamford Bridge this summer.

“I cannot believe they didn’t or haven’t gone in for Cristiano Ronaldo. He just ticks all of the boxes Chelsea are lacking. Playing for Chelsea is not like playing for Manchester United, who are working from the halfway line. Chelsea are on the edge of the box, dominating games,” wrote Merson.

“Chelsea have unbelievable wing-backs; they dominate football matches; if they were putting the ball into the box for Ronaldo, I would dread to think how many goals he could score.”

Ronaldo failed to find the back of the net in his first start of the season on Saturday against Brentford.

Chelsea are ready to wait for Frenkie de Jong till the final days of the transfer window, according to Marca via Football Espana.

The Dutch defender has been a target for both the Blues and Manchester United this summer, but neither have managed to secure his signature. Barcelona remain keen to offload De Jong, with the Red Devils desperately in need of a number six.

Thomas Tuchel’s need for the Dutchman is not so urgent, and the London giants are willing to check out how United’s pursuit unfolds. Chelsea are plotting to hijack the move and have now adopted a wait-and-watch strategy to get their man.

Thomas Tuchel is set to be handed a new contract at Stamford Bridge, according to The Sun. The German manager has enjoyed great success with Chelsea since taking charge in January 2021. Tuchel has won the Champions League, UEFA Super Cup and the elusive FIFA Club World Cup.

He stood by the club amid the ownership turmoil, so the new owners are impressed by his commitment. Tuchel’s current contract runs till 2024, but the London giants are working to add two more years to his deal. The club are laying down long-term plans to assert their dominance in the league and Europe. They are convinced Tuchel is the right man to lead them forward.