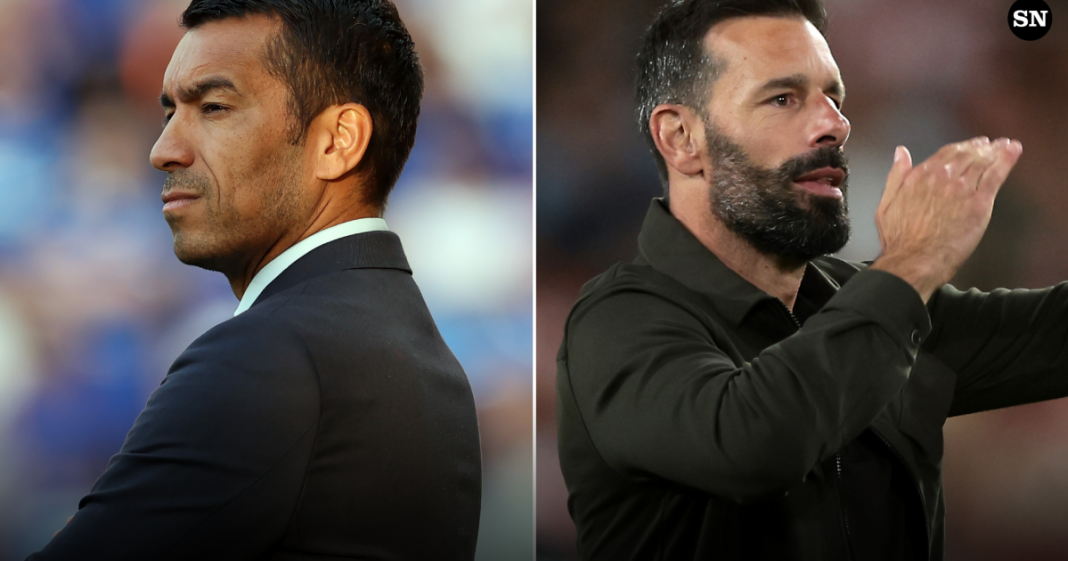 Rangers producing stunning second-leg comebacks was a hallmark of their incredible run to the 2022 UEFA Europa League final.

Giovanni van Bronckhorst’s side were up to their old tricks in the previous round of UEFA Champions League qualification against Union Saint-Gilloise, overturning a 2-0 away-leg deficit against their Belgian Pro League club by winning 3-0 at Ibrox.

They will have to find a new formula with a place in Europe’s premier club competition on the line, as Rangers host Dutch giants PSV in the first leg of of this playoff round.

Here’s all you need to know on how to watch the match as Van Bronckhorst prepares to pit his wits against former international teammate Ruud van Nistelrooy in the opposition dugout.

What time is Rangers vs. PSV?

Rangers host PSV at Ibrox Stadium in Glasgow, UK. It kicks off at 8 p.m. BST on Tuesday, August 16.

Both teams enjoyed ideal preparation, with Rangers putting four unanswered goals past St Johnstone in the Scottish Premiership on Saturday. Ryan Kent was rested for the match and will be fresh for PSV, while United States international James Sands is expected to recover from injury.

PSV were in a similarly rampant mood as they beat Go Ahead Eagles 5-2. After scoring the decisive extra-time goal against Monaco in the previous round, experienced striker Luuk de Jong opened the scoring at the weekend. Teenage sensation Xavi Simons then helped himself to a brace to put himself in contention for a start alongside rumoured Manchester United target Cody Gakpo.

How to watch Rangers vs. PSV

UK: Subscription channel BT Sport will show the match in the UK. BT is the exclusive rights holder for the Champions League and Europa League in the country. Viewers can stream matches on the BT Sport website and app.

USA: Champions League matches are carried by CBS Sports in the USA, but not all qualifiers are broadcast. This match is available via the TUDN streaming service and app.

Canada: Champions League matches are carried by DAZN in Canada.

The bookmakers have this as a real “pick ’em” tie, with little to choose between the two sides and goals expected.