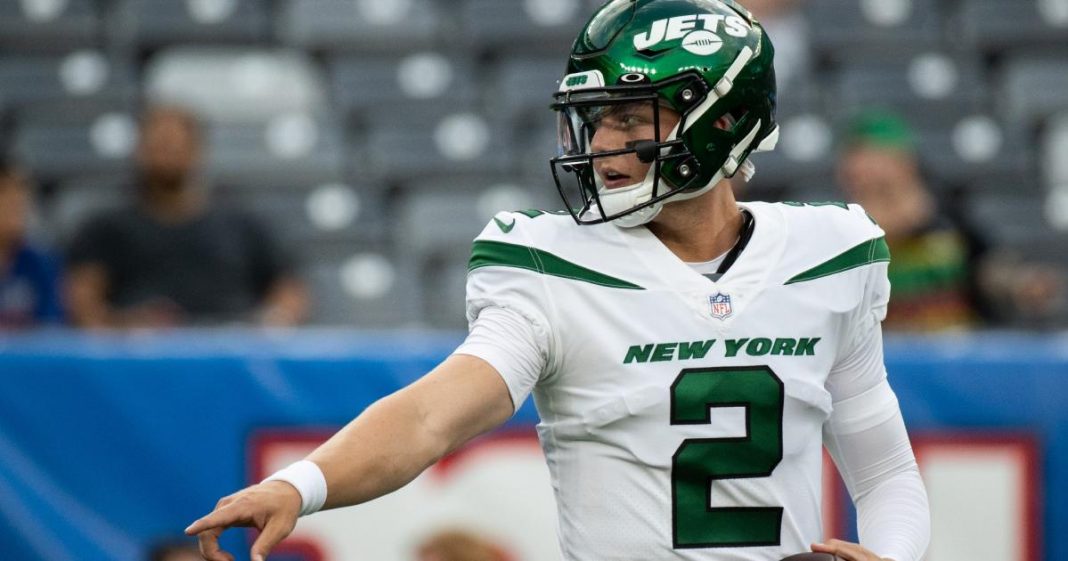 The first quarter of the 2022 NFL preseason was not particularly kind to the Jets. They exited the frame trailing the Eagles 14-0, but most importantly, they lost starting quarterback Zach Wilson to a non-contact knee injury.

Wilson’s injury occurred after he a 7-yard scramble. The second-year player was under immediate pressure as he dropped back to pass but used his mobility to get outside the pocket.

As he tried to juke Eagles linebacker Nakobe Dean, he tumbled awkwardly to the ground. He was able to get up, but he walked with a noticeable limp after the play.

Zach Wilson comes up limping after an awkward cut while scrambling. #Jets pic.twitter.com/YkOYZ5sL6f

The Jets pulled Wilson from the game and sent him to the locker room for evaluation. The team officially ruled him questionable to return.

That Wilson wasn’t ruled out immediately is a good sign for the Jets. So, too, is the fact that he was able to get to the locker room under his own power.

Before exiting the game, Wilson completed 3 of 5 passes for 23 yards and an interception. He racked up 7 rushing yards, all on the scramble that left him injured.

Wilson was replaced by Mike White, who went 1-2 in three starts for the Jets last year when Wilson missed four games with a knee sprain. The other start went to Joe Flacco, who is also on New York’s roster.

Flacco and White would likely compete for the starting job if Wilson is forced to miss time. Flacco is currently listed as Wilson’s primary backup, which would seem to give him an early edge over White.

Former CFL star Chris Streveler is also on the roster. He would be bumped up to third string if Wilson is out.