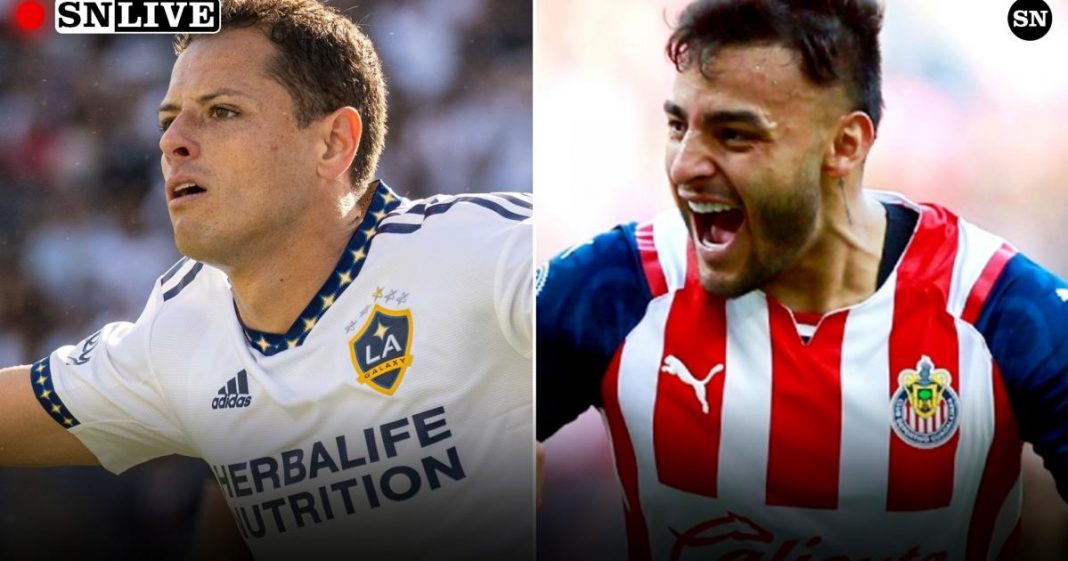 For the second straight year the best players from MLS and Liga MX will go head-to-head in an All-Star Game that continues to fuel the rivalry between the two North American leagues.

What’s ironic about this matchup is that the MLS squad will have the most high-profile Mexican stars between the two teams. The MLS All-Stars will be captained by LA Galaxy’s Mexican forward Javier “Chicharito” Hernandez, who starred for the Mexican national team alongside fellow All-Star Carlos Vela of LAFC.

The Liga MX side features a host of South American talent alongside up-and-coming Mexican players who are hoping to lock up places on Mexico’s 2022 World Cup team. It features six players each from Atlas and Pachuca, who faced off for the most recent Mexican league title.

MLS has claimed the upper hand in the most recent head-to-head matchups between the two biggest leagues on the continent. MLS beat Liga MX on penalties in last year’s All-Star Game and then the Columbus Crew beat Cruz Azul in the annual Campeones Cup battle between league champions.

Earlier this year, the Seattle Sounders became the first MLS team to knock off a Mexican opponent in the final of the CONCACAF Champions League, providing the latest twist in the ongoing MLS vs. Liga MX saga.

MORE: FIFA World Cup schedule with all the matchups, dates and times

Halftime: MLS strikes first in the 3rd minute through Carlos Vela, and the early goal took them out of the game. It was all Liga MX as the visitors took advantage of multiple turnovers and dominated the midfield. But solid goalkeeping from Andre Blake and then his substitute Dayne St. Clair kept Liga MX off the board. The Liga MX team was a tad more balanced than their MLS counterparts and it showed.

We really didn’t get to see that Carlos Vela-Javier Hernandez connection and the MLS players haven’t really put on a show outside of those early minutes. The lowlight of the half was the Juan Dinenno tackle on MLS’s Darlington Nagbe which led to a stomach-turning ankle turn. No need for tackles from behind in this game.

44th min.: What a save by MLS ‘keeper Dayne St. Clair! Dinenno header destined for the far post is parried away. Big stop just before halftime. And Liga MX still creating all the chances here.

37th min.: Nasty tackle from behind by newly entered Juan Dinenno on Darlington Nagbe and the Columbus Crew midfielder turns his ankle. He takes a while to get up and he’ll likely be off soon.

32nd min.: Seconds after this Nene Beltran attempt on target by Liga MX, there are five substitutions in the match (lineups above).

26th min.: Liga MX’s Luis Quinones blasts a left-footed shot from the top of the box that goalkeeper Andre Blake parries away for a corner. It’s been all Liga MX in the last 15 minutes.

21st min.: Liga MX’s right back, Juan Escobar, races into the attack again and he nearly reaches the end line before sending a ball across the face of the MLS goal. Cruz Azul’s Paraguayan has been the most dangerous player for Liga MX.

17th min.: How you know it’s an All-Star Game: Center back Kamal Miller lets fly aiming for the top left corner. He misses, but the smile on his face was worth it.

12th min.: Best chance of the game for Liga MX. A Juan Escobar cross from the right and Julio Furch heads the ball on the bounce and just over the bar. The Atlas forward was free on that header.

1st min.: We’re off. MLS players in dark jersey and Liga MX in white. There is VAR at this match tonight.

2 mins from kickoff: Two beautiful renditions of the Mexican and American national anthems. We’re moments away.

5 mins from kickoff: Teams are on the field for the pregame ceremonies. Part of those ceremonies is a Minnesota United loon making the rounds:

17 mins from kickoff: The official kickoff is taking place at 48 after the hour.

40 mins from kickoff: Enjoy this All-Star Game because it might be the last one for a bit. According to Univision’s Michele Giannone, there are no plans (for now) to return to this format for next year’s All-Star Game in DC.

60 mins from kickoff: We have the starting lineups:

120 mins from kickoff: It might be an All-Star Game, but the competitive juices are always flowing. These players hate to lose to the other team:

Still not over this absolutely CLUTCH clearance by Jorge Sánchez in last year’s @MLS vs @LigaBBVAMX All-Star game 😱pic.twitter.com/NwutwX44YI

Starting lineups will be unveiled an hour before kickoff, and the expectation is that both sides will field entirely new XIs for the second half.

As for the MLS side, fans will be eager to see Chicharito Hernandez and Carlos Vela team up together for the first time since the 2018 World Cup when both played for Mexico’s national team. Here’s the list of 26 players that Minnesota United manager Adrian Heath will choose from to complement them:

The Liga MX side will be coached by Atlas manager Diego Cocca, who has six players from his championship side at his disposal. He has a 27-man roster made up of a combination of candidates for the Balon de Oro league awards, as well as players he handpicked. Goalkeeper Carlos Acevedo was a selection of the Liga MX president as a type of commissioner’s pick similar to what is seen in other All-Star Games around pro sports.

USA: ESPN and Univision networks will air the match with those channels available to stream on fuboTV.

UK: The MLS All-Star Game will be televised and streamed in the UK on Sky Sports.

Canada: In Canada, the match will be carried on TSN platforms in English, and on TVA Sports in French.

Australia: The MLS All-Star Game can be streamed in Australia via Kayo, who will be broadcasting ESPN’s coverage of the match.