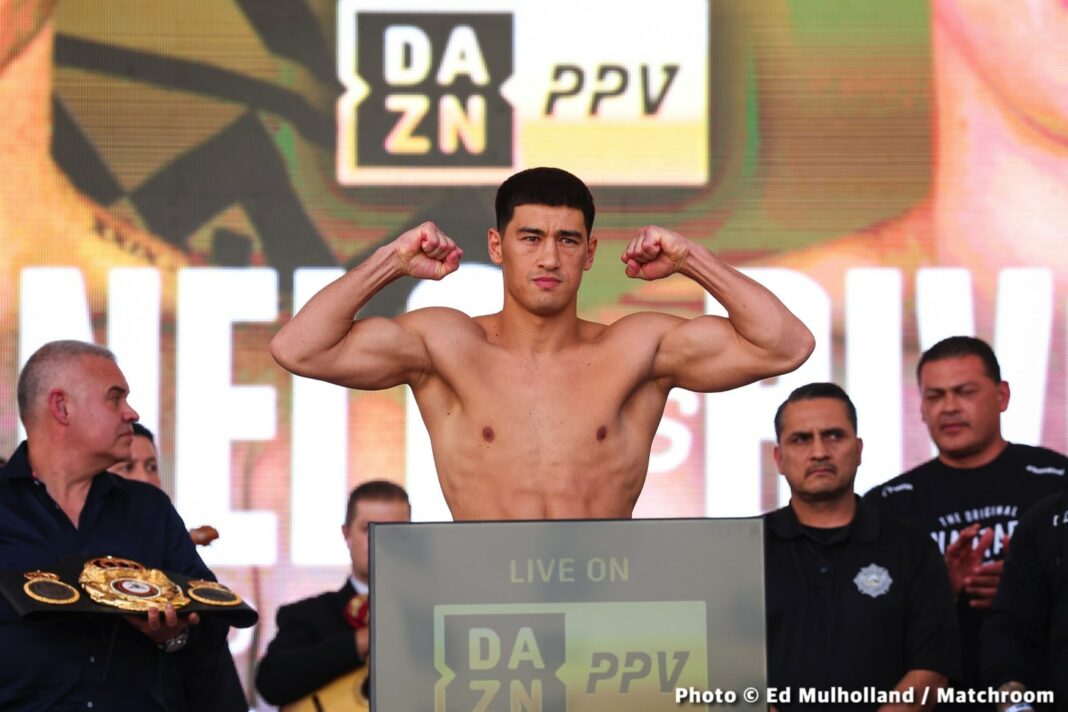 By Dan Ambrose: The WBA confirmed today that Dmitry Bivol must defend against his mandatory Gilberto ‘Zurdo’ Ramirez next, and they rejected a petition to face Joshua Buatsi in a voluntary defense.

Interestingly, the Boxing Association further stated that the negotiations for the Bivol vs. Ramirez fight must be wrapped up by August 10th to avoid a purse bid. Given that today is the 10th, it would appear the contest will go to a purse bid.

It was MatchroomBoxing promoter Eddie Hearn’s idea to have Bivol slip in a voluntary defense against Buatsi before fighting his mandatory Ramirez.

You can argue that Hearn was trying to help out Buatsi, whose career has failed to take off despite his success in the 2016 Olympics.

“After receiving a request for special permission to fight Joshua Buatsi from the champion and after an extensive study of the same, the WBA denied such permission.

“So Bivol and Ramirez will have until August 10 (as originally planned) to reach an agreement, or the fight will go to a Purse bid.”

Zurdo Ramirez is a much easier fight for Bivol than Buatsi, as he’s incredibly slow on his feet at this stage of his career and not the same fighter that held the WBO 168-lb strap from 2016 to 2018.

Ramirez, 31, is a fighter that is clearly fighting out of his natural weight class now. For his last fight against Dominic Boesel, Ramirez rehydrated to 203 lbs after making weight at 174.

Ramirez looked glacially slow in stalking Boesel around the ring, throwing shots that looked like they were thrown in slow-motion. Whatever mobility and hand speed that Gilberto once had is completely gone at this point in his career.

As such, the only way Ramirez has any chance against Bivol is if he parks himself against the ropes and invites him in.

Oscar De La Hoya of Golden Boy Promotions said Ramirez would get revenge on Canelo Alvarez’s behalf against Bivol. Canelo was soundly beaten last May by Bivol in Las Vegas. Unfortunately, Ramirez is the wrong man for the job of beating Bivol.