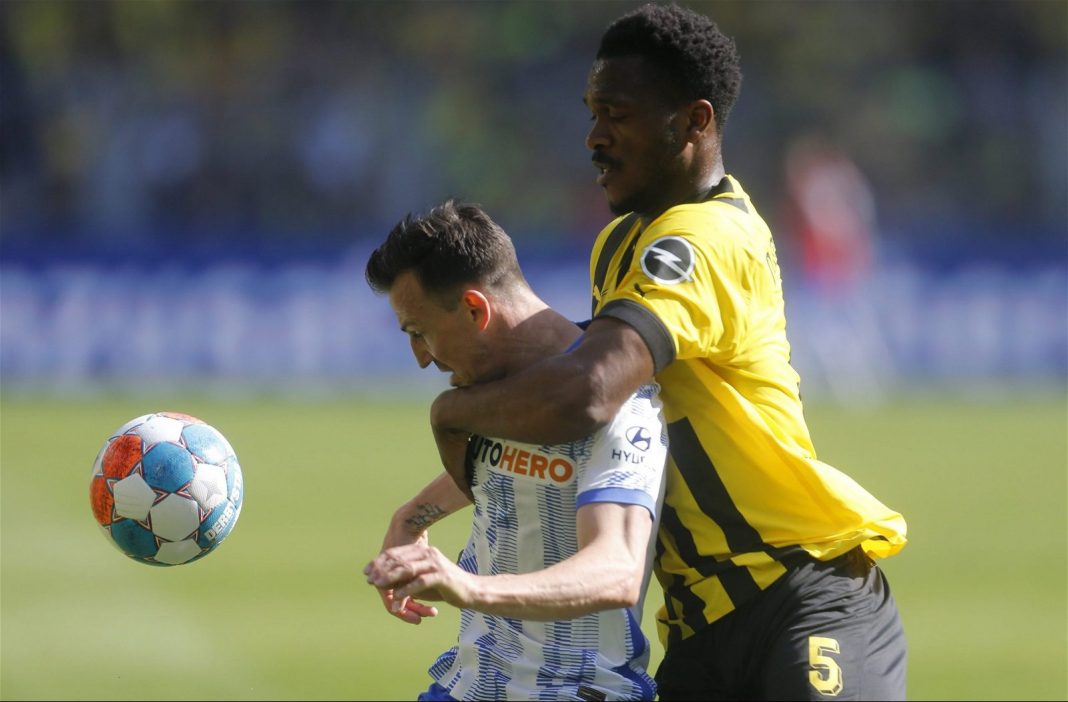 West Ham United have been handed a boost in their bid to bring Dan-Axel Zagadou to the London Stadium this summer.

That’s according to a report by Italian media outlet CalcioMercatoWeb, who claim that, following the centre-back’s release from Borussia Dortmund at the end of last season, and with the likes of West Ham, AS Roma and Inter Milan reported to be interested in the 23-year-old’s signing, the former France U21 international has now decided he would like a move to the Premier League.

While it is true that, following his 2017 move to Dortmund, Zagadou struggled with a number of different injuries, should the centre-back manage to keep himself fit after a potential switch to east London this summer, it is undeniable that the Frenchman would make a fantastic addition to David Moyes’ current options at the back.

Indeed, the £8.1m-rated centre-back proved just how talented a defender he truly is over his 15 Bundesliga appearances back in Dortmund’s 2019/20 campaign, helping his side keep five clean sheets, as well as making an average of 1.1 tackles, one interception, 2.3 clearances and winning 3.2 duels – at a success rate of 72% – per game.

The 23-year-old also impressed going forwards that season, scoring one goal, registering one assist and creating one big chance for his teammates, in addition to making an average of 50.3 passes – at a success rate of 91% – 4.1 accurate long balls and 0.4 dribbles per fixture.

These returns saw the £35k-per-week Frenchman who Lucien Favre dubbed “outstanding” and Julian Brandt labelled “unbelievable” average a quite remarkable SofaScore match rating of 7.25, ranking him as Dortmund’s sixth-best performer in the top flight of German football that year.

As such, with Zagadou quite clearly being a defender who is excellent in his reading of the game, confident in playing the ball out from the back and capable of launching counter-attacks with long balls, it is not difficult to see why Moyes would be interested in bringing the defender to the London Stadium on a free this summer.

And, following the latest developments, it would appear as if the 23-year-old has his heart set on a move to England prior to September’s transfer deadline – something that is sure to come as a huge boost to the 59-year-old Scot and his Hammers transfer team.