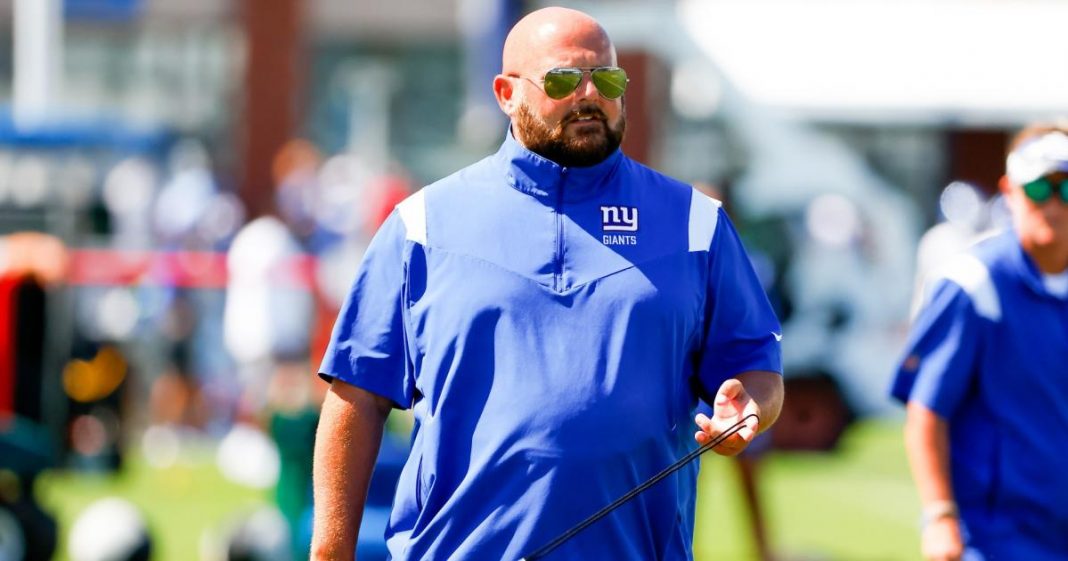 The season hasn’t started yet, but the New York Giants aren’t waiting until live-game action to get physical.

On Monday, a fight with punches thrown broke out between multiple Giants players. Tensions began to roil when star running back Saquon Barkley lowered his shoulder, hitting CB Aaron Robinson harder than expected. From there, things escalated with OL Jon Feliciano and LB Tae Crowder starting a massive scrum that quickly spiraled out of control.

Jon Feliciano and Tae Crowder fight!!!!!! Feliciano ended up swinging on Crowder after the fact too pic.twitter.com/xS54LBeNw8

New head coach Brian Daboll is trying to bring a new mentality to the Giants from his previous stop with the Bills, but this can’t be what he had in mind. Feliciano won the top prize in the Stupidity Olympics by punching linebacker Cam Brown in the head when Brown dragged Feliciano out of the fray.

The scuffle comes just a day after Feliciano praised the culture in New York under Daboll compared to Buffalo, although it was done in an interesting way.

“The last place I was, we were kind of the thorn in the heel,” Feliciano said of his time in Buffalo, whom he was released from in March, per Bills Wire. “Here it’s different. [Daboll] has really been honest and giving us love, so it’s been great.”

Feliciano lost his starting spot in Buffalo last season after a bout with COVID-19.

Feliciano, to his credit, was a good sport after a photo of him being dragged out of the pile went immediately viral.

While there are undoubtedly some concerns around the culture — the Giants are no strangers to training camp fights — Daboll appeared to handle things different from his predecessor Joe Judge. He kept everyone in practice and didn’t make the team run, opting instead to talk them after the fact.

According to Bellinger, Daboll didn’t mind aspects of it. “He liked the physicality part,” he said. “He wants to keep going and playing hard–just play smart as well.”

Around the NFL, Jamaal Williams was giving an impassioned speech to break the Lions huddle after practice on Monday, setting a bit of a different tone than the Giants throwing of fists.

New York went 4-13 last year, and ended up in the basement of the NFC East. They open their preseason Thursday against the New England Patriots in Foxborough.