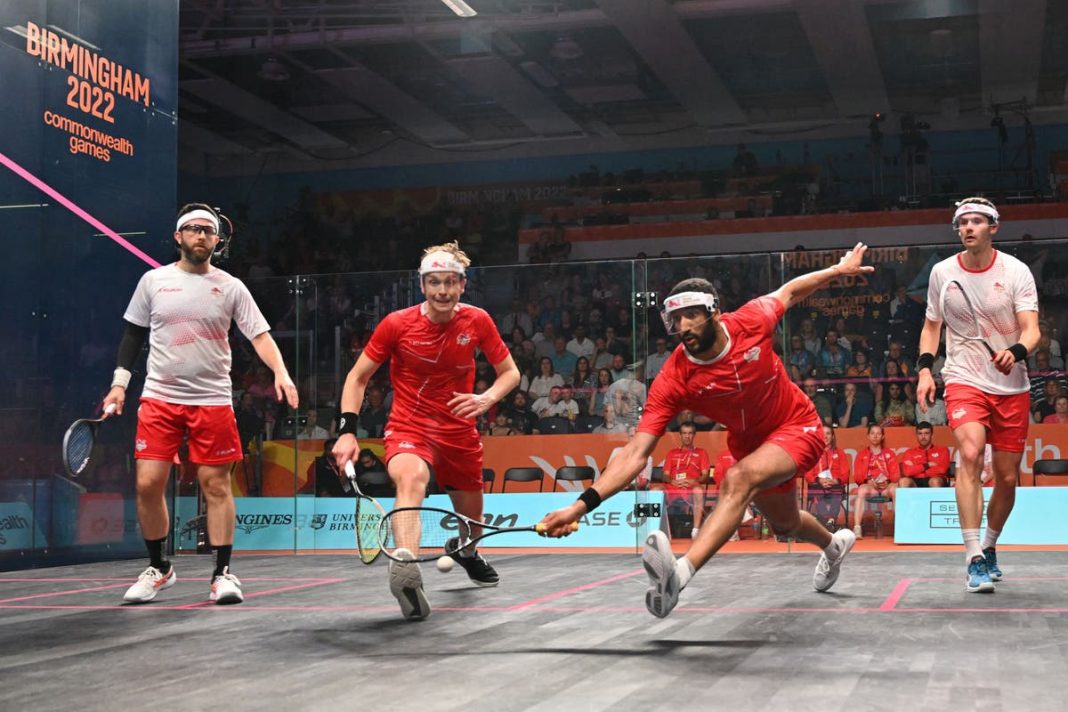 eam England rounded off the final event of Birmingham 2022 – the men’s squash doubles – with gold to leave them second in the medal table behind Australia at the end of 11 days of competition.

That gold was already guaranteed for the home nation from the outset with an all-English contest between James Willstrop and Declan James, and their countrymen Adrian Waller and Daryl Selby.

Willstrop and James were a class apart early in the contest to take a 11-3 but, despite leading game two, saw that slip away to force a decider. In a tense game three, the 38-year-old Willstrop and partner James finally edged a tight but good-natured encounter 11-9.

It left England with a record haul of 176 medals in all – just two behind Australia: 57 gold, 66 silver and 53 bronze at the end of the Games.

Hopes of another England gold in the women’s squash doubles were denied as Sarah-Jane Perry and Alison Waters were kept at bay 11-8, 11-8 by New Zealand pairing Joelle King and Amanda Landers-Murphy.

The England men’s hockey team, who had missed out on a spot in the final, endured a tight first half against South Africa with the scores at 3-3 but found the target again in the third quarter and twice again in the final quarter for a deserving 6-3 victory.

And captain Wallace admitted his side had been pushed on by the women’s hockey gold the day earlier. “It definitely inspired us,” he said. “We’re very close with the girls and we were absolutely buzzing for them.

“Going into the tournament, we wanted the gold but I’m thrilled with bronze. The performance wasn’t amazing but we got over the line pretty comfortably in the end and I’m absolutely delighted.”

There was to be no golden finale to the badminton either as Marcus Ellis and Lauren Smith missed out on the mixed doubles gold medal to Singapore duo Terry Hee Yong Kai and Jessica Tan Wei Han.

Afterwards, Pitchford said: “It was a difficult match. He played unbelievably well so credit to him. I don’t think I played particularly badly but I didn’t know where to play the ball and I need to go back and do my homework for next time.”