Anthony Joshua has been slipping since 2017 says Dmitry Salita 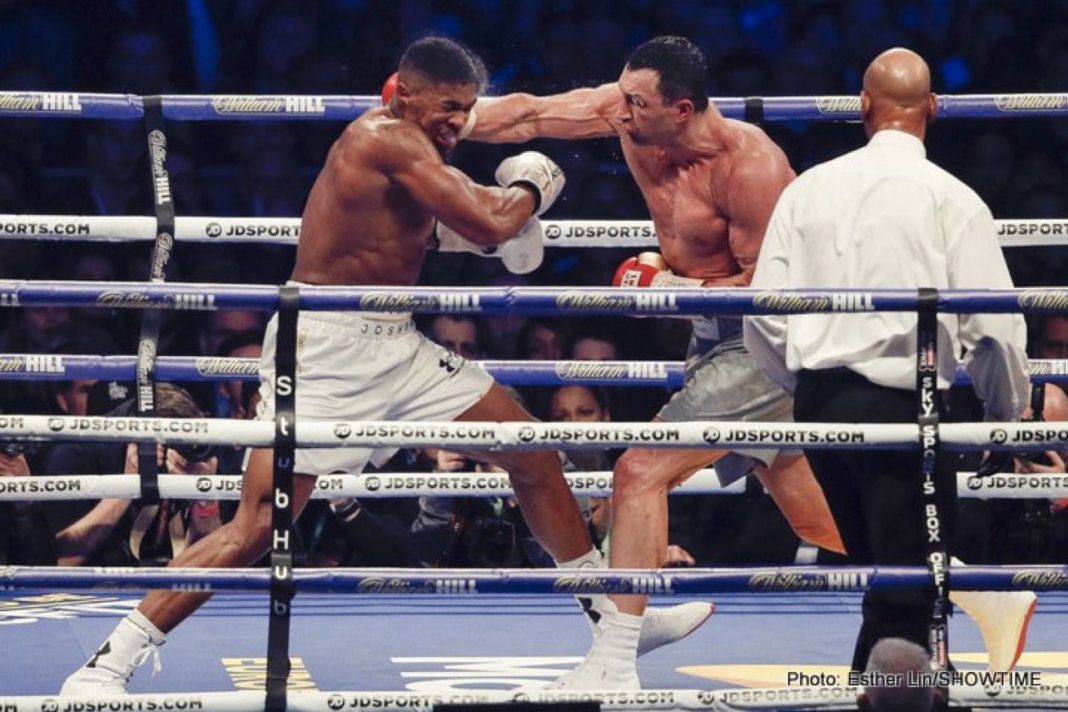 By Brian Webber: Promoter Dmitry Salita believes that Anthony Joshua has been slowly slipping and going downhill as a fighter since after picking up the biggest win of his career against a past his prime 40-year-old Wladimir Klitschko in 2017.

Salita feels that with each fight since the Klitschko bout, Joshua has exhibited deterioration in his game. With the help of his promoter Eddie Hearn, Joshua was able to stay undefeated until 2019, when he was stopped by Andy Ruiz Jr in New York.

Although Joshua avenged his loss to Ruiz later that year, only because the American had let himself go physically by partying & eating to celebrate his new status as a millionaire.

AJ’s loss last September against Oleksandr Usyk came at a complete surprise, as that was supposed to be a gimme for Joshua.

Usyk had looked terrible in barely beating journeyman Derek Chisora in October 2020, which is arguably the main reason Joshua didn’t vacate his WBO belt to swerve him.

Had Usyk looked spectacular against Chisora, it’s predictable that Hearn would have convinced Joshua to vacate the WBO belt to avoid fighting him at all costs.

“When he beat Klitschko, that was the peak of his career,” said Salita when speaking to BoyleSports Boxing.

“After that, he’s been progressively slipping down just a little bit every fight.”

“Ever since the day that ‘AJ’ was supposed to fight Jarrell Miller, but he fought Ruiz, he’s been on the way down,” said Salita. “Even in his last win against Pulev he looked okay, but he did not look great and did not look like the old ‘AJ.’”

Not only has Joshua’s punch resistance and stamina gone downhill, but his confidence is also nowhere near the level it was earlier when he fought Klitschko.