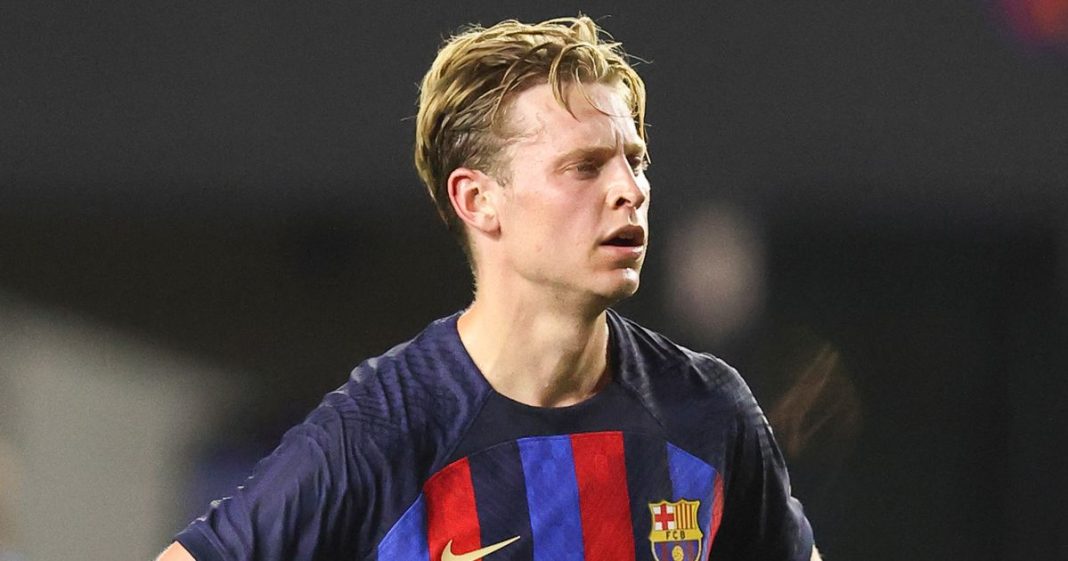 The Premier League season is finally underway, with Manchester United’s opening game of the new campaign coming on Sunday against Brighton.

But the game will be overshadowed by the Red Devils’ continued slow business in the transfer market. They are still yet to sign new boss Erik ten Hag’s top target Frenkie de Jong, with United chiefs growing increasingly frustrated with the time it is taking for the deal to be completed.

HAVE YOUR SAY! Who should start for Manchester United against Brighton? Comment below.

Manchester United’s frustration over the time it is taking for them to complete a deal for Frenkie de Jong is reportedly growing.

The Red Devils are thought to have agreed a fee with Barcelona for the sale of the Dutchman. But De Jong has been unwilling to leave the Nou Camp for Old Trafford, instead preferring to stay in Catalonia.

While Barca have been attempting to convince him to leave, it is now claimed that United have been growing ‘frustrated’ with their efforts. With less than a month before the transfer window slams shut, United will need Barca to increase their attempts to move De Jong on.

Gary Neville has taken aim at his former club for failing new boss Ten Hag with their approach to the summer window.

Only three players have arrived at United so far this summer, with major gaps remaining in key areas. And Neville believes the Red Devils have let Ten Hag down as he insisted they needed to make a winning start to the new campaign.

“They need a strong start and a home win. That is not taking Brighton for granted, but they need to start really well. They need to start off really solidly and show that they are sound in defence and that the patterns of play are good.”

United boss Ten Hag has insisted that Cristiano Ronaldo is a key part of his team, a major hint that the attacker will stay in Manchester.

Ronaldo has demanded he be allowed to depart the club just a year after he returned for his second spell with the Red Devils. So far, United chiefs have been unwilling to grant that request as they look to keep hold of the superstar.

And Ten Hag has now hinted that his stance on Ronaldo will not change any time soon. “I’m satisfied with the whole team. It is working good and Cristiano is working good. We have a top striker and I am really happy,” he said.