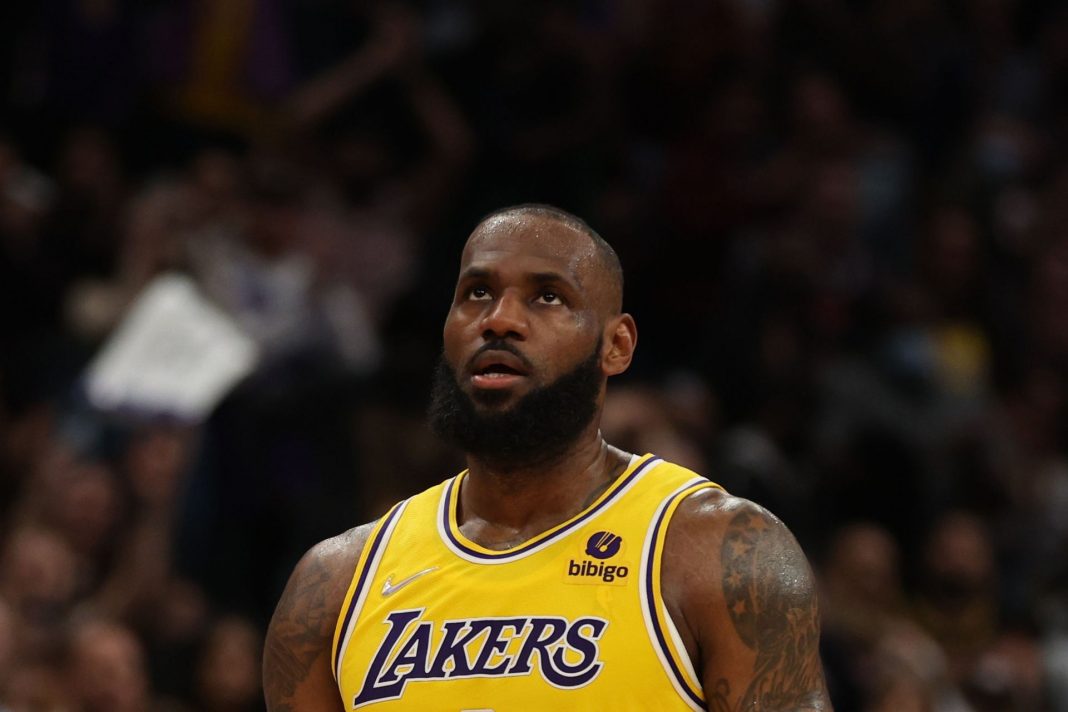 According to recent reports, LeBron James is in active conversation with the LA Lakers about a contract extension. NBA analyst Skip Bayless believes James does not have any leverage with the Lakers because he loves the city and wants to stay.

James, who turns 38 in December, is approaching the end of his career, one filled with numerous achievements. The topic of where he will finish his career has been discussed in the NBA community.

Former teammate Kevin Love would love to see LBJ return to the Cleveland Cavaliers. He believes a statue will be erected for James.

“He’ll have that statue. I can’t wait till that goes up, I’ll be there.”

@kevinlove talks @KingJames potentially ending his career as a Cav

“He’ll have that statue. I can’t wait till that goes up, I’ll be there.”@kevinlove talks @KingJames potentially ending his career as a Cav https://t.co/QeFOGLbL9Y

Fans have been torn. While some believe the four-time NBA champ is no longer interested in winning championships, others have compared him to Michael Jordan.

Reactions have continued to pour in. on “Skip and Shannon: Undisputed,” Bayless said James loves it in LA.

“My response to this, when I read this last night was, I was surprised but not shocked. The reason I’m not shocked is – I have told you from the start – LeBron James is going nowhere else. LeBron James wants to be a Laker till death and the NBA do him part. He wants to retire a Los Angeles Laker because he loves living here in Los Angeles.

After talking about how much the family loves living in LA, Bayless said:

“The point is, the Lakers know that there’s no threat here. LeBron James, for the first time in his career, has zero leverage, because they know he does not want to leave.

“And I think they are calling his bluff on whether he even would consider going back to Cleveland in a year or two even if there’s a possible connection to play with Bronny when he finally makes it to the NBA.”

.@RealSkipBayless on LeBron and the Lakers meeting about their future:

“I’m not shocked because I’ve said from the start, LeBron is going nowhere else, he wants to be a Laker till death and the NBA do him part.”

.@RealSkipBayless on LeBron and the Lakers meeting about their future:”I’m not shocked because I’ve said from the start, LeBron is going nowhere else, he wants to be a Laker till death and the NBA do him part.” https://t.co/MXptWoc2l9

James will become an unrestricted free agent in 2023 if he fails to reach an agreement with the Lakers. The veteran has spent four years in Los Angeles and could retire as a Laker.

LeBron James is looking for a fifth NBA title

James and the Lakers missed the playoffs last season after finishing 11th. Despite having three future first-ballot future Hall of Fame players on their roster, the Lakers went 33-49.

However, the Lakers are looking to make a change. They have been heavily linked to Kyrie Irving since the start of free agency, but have failed to reach a resolution with the Nets.

James has promised not to miss the playoffs anymore in his career. However, participation is not enough for the Lakers captain.

Health has been the Lakers’ major concern, which is why most people do not see them as contenders. But a healthy James and Anthony Davis could pose a problem for opposing teams.

James, who turns 38 in December, is performing at an MVP level and came close to winning the scoring title last season. Although he cannot carry teams like he used to, he remains an invaluable member of the team.