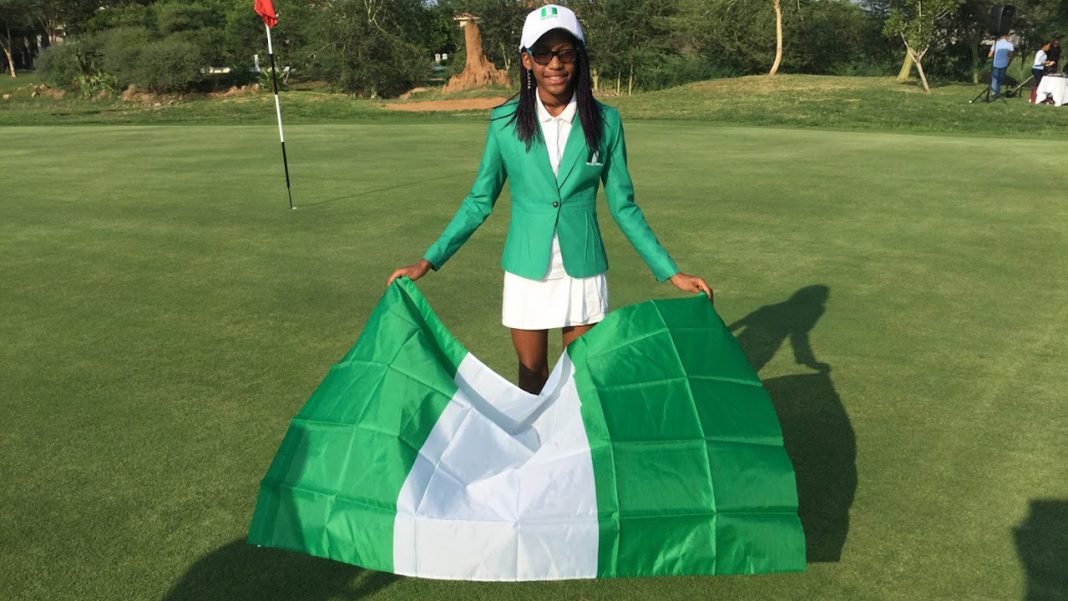 Iyene, as she is fondly called, is one teenager seeking to put Nigeria’s name on the map in the world of golf. She has competed on several continents and currently tops the junior player cadre in Nigeria.

The teenager competed in the 16 to 19 years category between July 26 to 28, 2022 at the Invitational; playing on two challenging courses, the Faldo Course and the Castle Hume Course at the Lough Erne Resort in Enniskillen, Fermanagh, Northern Ireland.

These courses have hosted several PGA Tournaments played by some of the ’s best golfers, including number 2, Rory Mcllroy, who played at the recently concluded British Open. He played in the Faldo course as a junior golfer.

Recognizing her feat, Minister of Youth and Sports Development, Sunday Dare has promised her a handsome cash reward for her effort.

For Iyene, it took the close observation of a father to see her talent manifest, adding that he is optimistic about his daughter’s future.

Winning her first medal at five, she has added almost two dozen more medals to her coffers and has represented Nigeria 11 times at tournaments in Africa, Europe, and the United States.

Essien was the only teenager among 177 golfers at the 2019 Nigeria Ladies Golf Open Championship where she clinched 10th place.