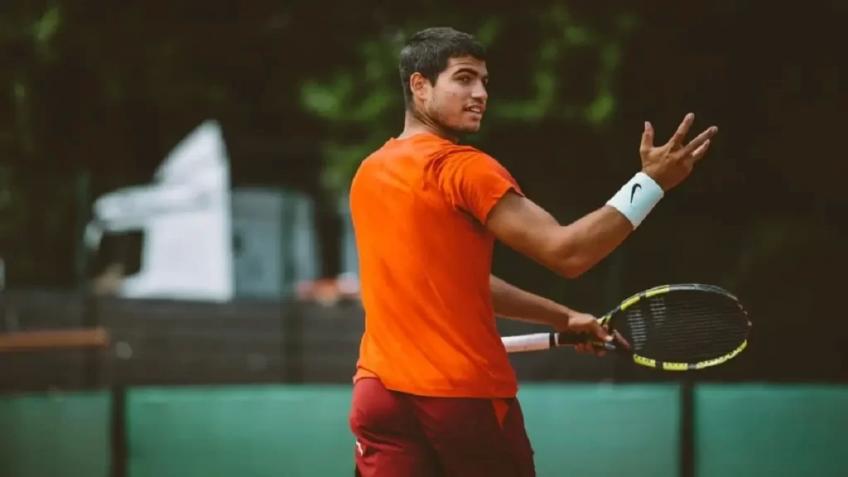 Carlos Alcaraz failed to clinch his fifth title in the Hamburg final and afterward admitted Lorenzo Musetti was the better player and deserved to win the title. On Sunday, Musetti produced a stunning victory over Alcaraz 6-4 6-7 (6) 6-4 to win his first ATP title in Hamburg.

Alcaraz entered the final as the absolute favorite, but Musetti was absolutely fearless on the court and was taking it to the Spaniard. “I think he deserved the win today. He played better than me, of course,” Alcaraz admitted, per the ATP website.

“He was more aggressive all the time. I didn’t play my best, but I fought until the last ball and I’m really happy with that”.

After winning the first set, Musetti broke Alcaraz in the opening game of the second set and at one point had a 6-4 5-3 lead.

Just when it seemed Alcaraz would produce another epic victory in 2022, Musetti was able to recollect himself and start playing well again in the third set. The lone break of the third set was seen in the 10th game, when Alcaraz was serving to stay in the final.

“Of course I was really upset, but I tried to not show my opponent my reaction. I tried to forgive[ myself for] all the match points and all the points [when] I couldn’t do it,” Musetti said. “I think that was the most [important] thing, even for me, because I didn’t expect the win after all this roller-coaster, so I’m super happy to be here and to be the champion.” Alcaraz has now stayed on four titles in 2022 (Rio de Janeiro, Miami, Barcelona and Madrid).