Asher-Smith narrowly misses out on 100m medal at World Championships 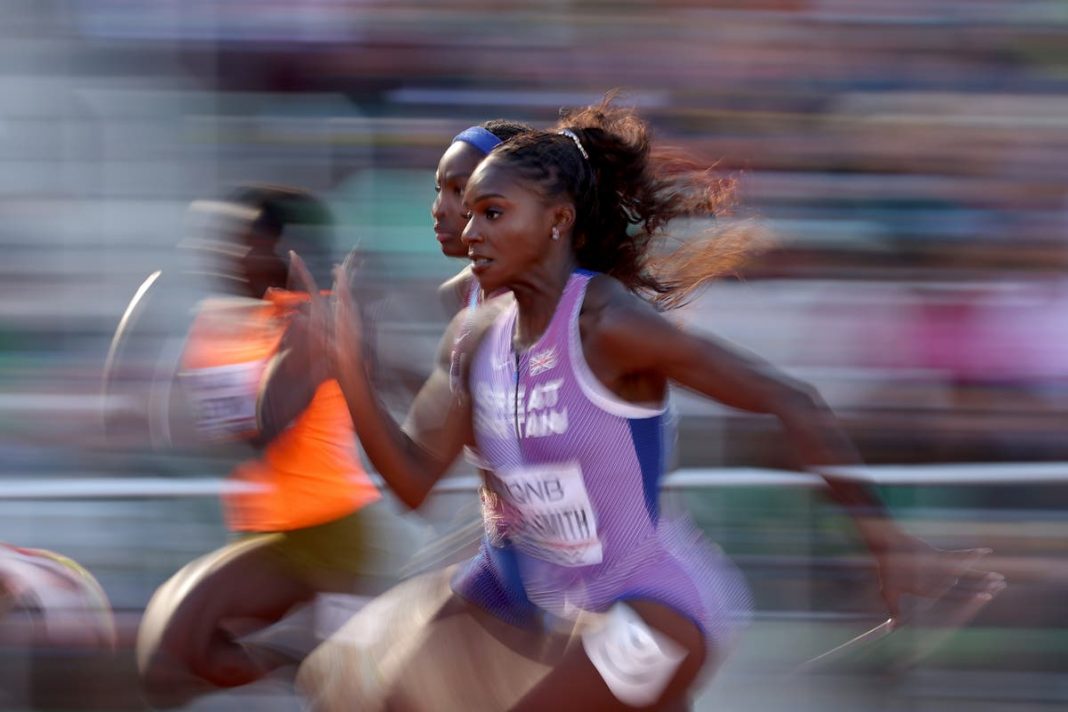 Shelly-Ann Fraser-Pryce was in a class of her own as she sealed a fifth world sprint title in a time of 10.67seconds 13 years on from her first.

It proved a Jamaican one-two-three with Shericka Jackson in second and the Olympic champion Elaine Thompson-Herah rounding off the podium.

Asher-Smith, who had started the final out in lane eight, was narrowly edged out of the medals despite matching her best ever time of 10.83s.

“This performance is phenomenal for me and I’ve had a fantastic championships,” she said afterwards. “I really couldn’t fault it but I’m so gutted that it didn’t get me on the podium. It sucks. So close.”

Asher-Smith had picked up Diamond League wins in Birmingham and Stockholm but was struggling to attain her best times and was pipped to the national title at the British Championships last month by Darryl Neita, who missed out on a place in the final in Eugene by just 0.01s.

“It’s been an interesting season for me so far,” said Asher-Smith. “I’ve been in physical shape for a bit. I was in better shape than the times I was running throughout the season.”

The Briton still has a shot at a medal at the championships in the 200m, which gets under way later today and in which she is the defending champion having won gold in Doha back in 2019.

“We’ve got the 200 which I’m definitely fired up for,” she said. “I’m looking forward to it. When you are in PB shape the world really is your oyster because you still don’t know what you’re capable of. I’ll take that energy into the 200m.”

Her unheralded British teammate Joshua Zeller produced the race of his life as the 21-year-old finished fifth in the final of the men’s 110m hurdles in which Grant Holloway won gold for the United States.

On what was his senior debut in a GB vest, the 21-year-old Zeller said: “I’m really pleased with that and I’m really excited about the potential from that.”

Meanwhile, Katarina Johnson-Thompson ended day one of the defence of her heptathlon world title in sixth place.

She had struggled for her best form in her only previous heptathlon of the year in Gotzis. She ended the day brightly with 23.62s for the 200m but, a year on from an Achilles injury, is still struggling with her jumping events, a height of 1.83m a season’s best but 14centimetres off her personal best.

She said: “All of the events were just solid. I’ve wanted to see improvement from Gotzis, which I’ve got so I’m happy about that. I wanted to be competitive and find form, the essence that I had in 2018 and 2019 because I’ve struggled over the last year.”