2022 World Athletics Championships: Dina Asher-Smith pledges to get back on track after tough 2022 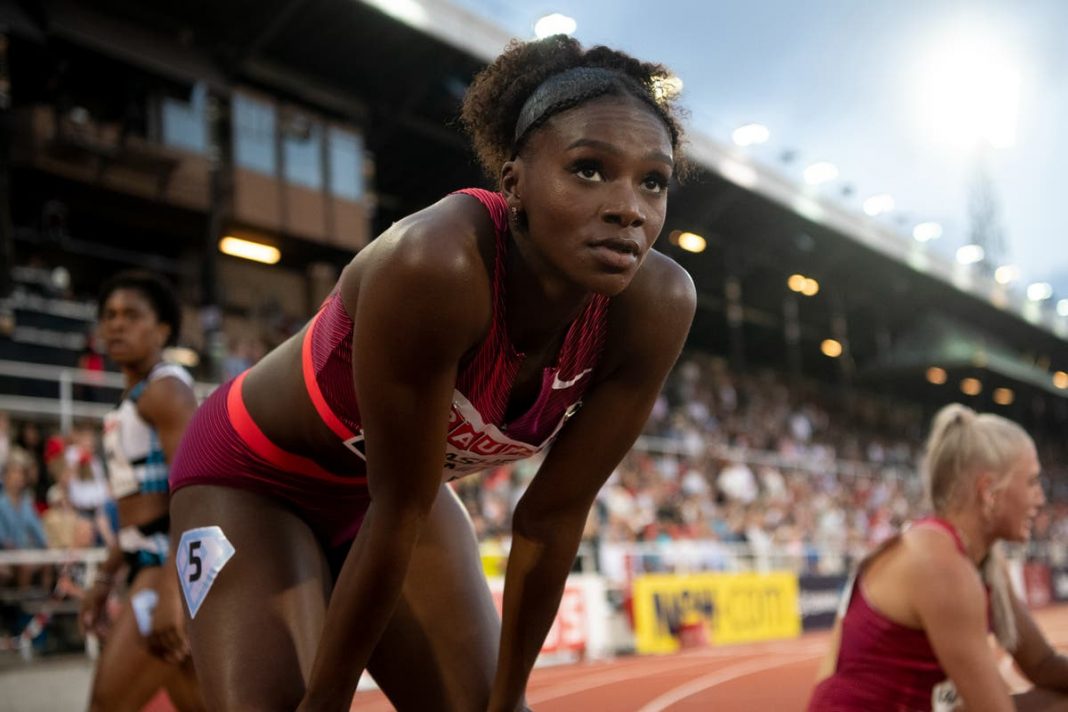 ina Asher-Smith has pledged to bounce back from her slow start to 2022 to once again prove her championship credentials in Eugene.

But the 200m world champion and 100m silver medallist from Doha two years ago plans to return to her best at the World Athletics Championships when her racing gets under way this weekend.

“Running fast at championships, that’s what I intend to do,” she said. “Performing well on the circuit is great, performing well early in the season and throughout the year is great. But I’ve been very clear that we’re peaking for these three championships and a six-week peak is difficult to hold. You have to peak right at the last second.”

In Doha, she blazed a sprint trail with her first world title as well as the 100m silver, a medal which she matched in the 4x100m relay.

But she said three years on she was in better shape physically and mentally. “I am much more happy coming into this than I was a couple of weeks out from Doha,” she said. “I’m going in injury free, for Doha I was not. I was actually quite stressed in the holding camp in Dubai but I’m happy now.”

Asher-Smith picked up Diamond League wins in Birmingham and Stockholm this season was stunned by countrywoman Darryl Neita at the British Athletics Championships last month, and blamed it on “a rough few months”.

The pair have raced since the age of 11 with Asher-Smith generally getting the better of Neita. Of her teammate and rival, she said: “She’s done really well, she has been in really good shape, she’s been really improving for the past few years. I don’t like losing so I wasn’t happy to lose trials obviously.”