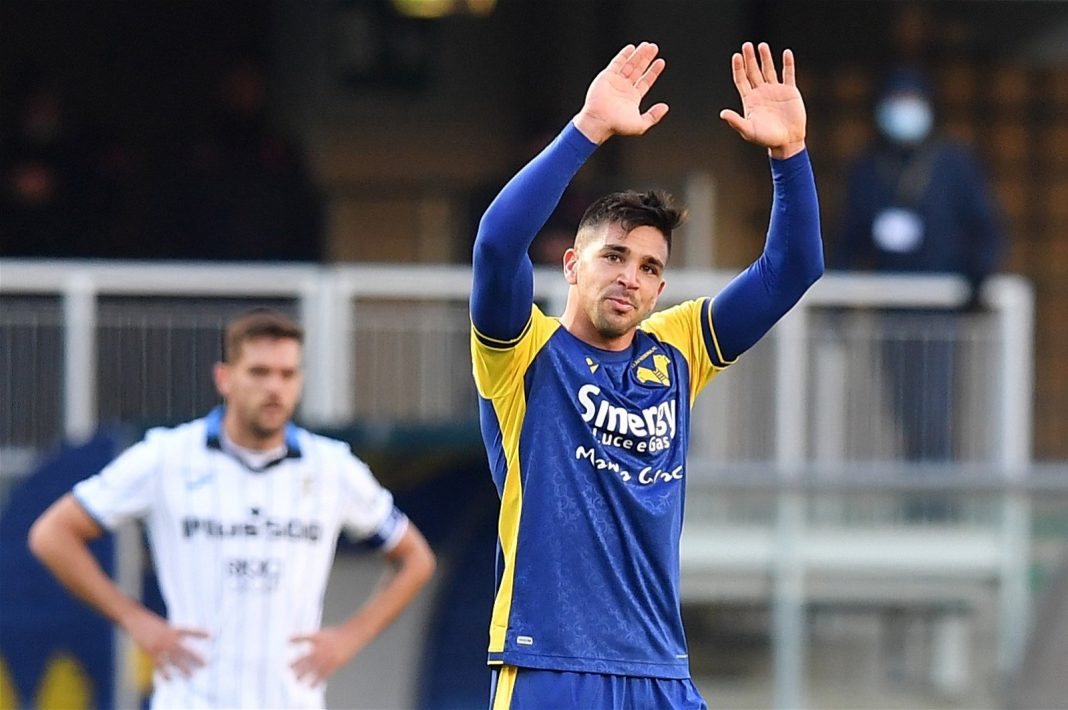 West Ham United are believed to be keeping tabs on Argentine striker Giovanni Simeone, as their search for a new centre-forward addition continues.

According to Calciomercato, the Hammers have been named as one of the clubs who are ‘interested’ in signing the 27-year-old this summer, with the player reportedly set to be available for a fee of around €20m (£17m). 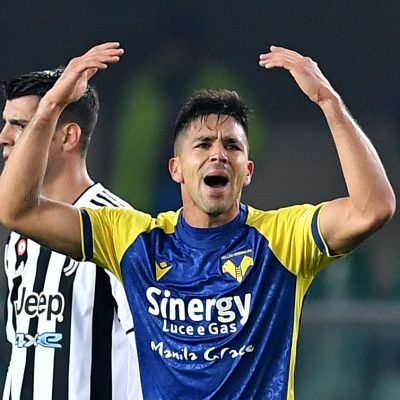 Despite having only recently left Cagliari to join Hellas Verona on a permanent deal – having spent the previous season on loan with the latter club – the belief is that the Serie A side are already looking to cash in on the five-cap international.

The report suggests that the one-time Fiorentina man is keen for regular game time next term at whichever club he ends up at, should he opt to leave his current side.

Imagine him and Scamacca

The £15.3m-rated ace has caught the eye of club’s across Europe following what was a real standout campaign last time out in Italy, the lethal forward – who is the son of Atletico Madrid boss, Diego – netting 17 goals and providing five assists in 35 Serie A games.

That form – which saw him hit career-best figures in terms of goals scored – has showcased his impressive goalscoring instinct, although he also offers another side to his game as a defensive asset, ranking in the top 7% for blocks made and the top 16% for pressures made among those in his position across Europe’s top five leagues.

An all-round forward who can lead the line and deliver the crucial, finishing touch, the Madrid-born gem – whose been dubbed “insane” by talent scout Jacek Kulig following his explosive scoring spree – would no doubt provide a much-needed boost to manager David Moyes.

There is also the chance that the £47k-per-week gem could form a dynamic partnership with another figure who impressed in the Italian top-flight last term, amid reports that the Irons are pursuing a deal for Sassuolo star, Gianluca Scamacca.

The 6 foot 5 colossus netted 16 league goals of his own during the 2021/22 season, having also forced his way into Roberto Mancini’s plans at international level with seven caps to his name thus far.

Like Simeone, the 23-year-old’s goalscoring tally was by the far the best of his career to date, with the indication being that he is only set to kick on again next term – be it with his current side or at a new home.

Both as a potential attacking pairing or as competitors, the two men would no doubt significantly bolster West Ham’s attacking threat next term, with current number nine Michail Antonio currently the only senior, recognised striker in the club’s arsenal.

After 18 months without a direct rival to his position – since the exit of Sebastian Haller in January 2021 – the Jamaica international could find himself tussling it out with two new faces in the near future, should GSB manage to secure both Scamacca and Simeone prior to the start of next season.

That double swoop would certainly go down well with supporters…

AND in other news, Contact made: Moyes can unearth a new sensation as WHU move for “complete” £39m target