End of the road in 1R for no. 1 seed Barbora Krejickova 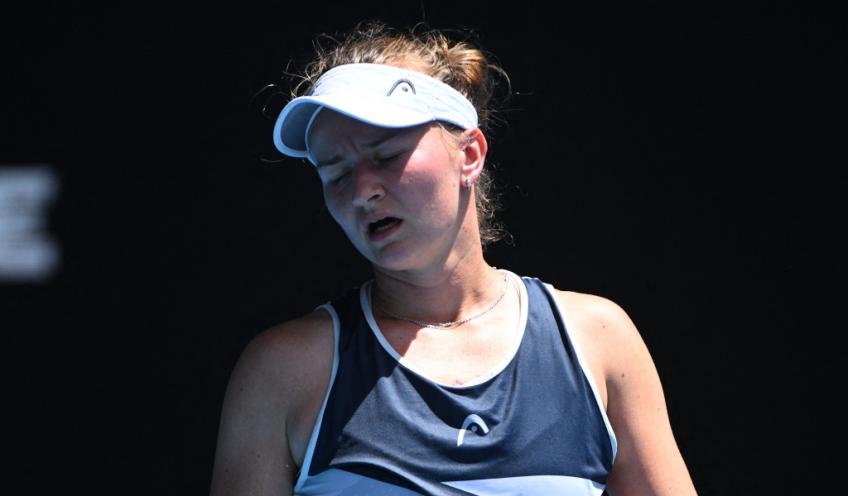 Top seed Barbora Krejcikova crashed out of the Hungarian Grand Prix in the first round on Wednesday. China’s Xiyu Wang ousted the Czech 6-1, 7-6(1) in two hours. Wang won 79% of her first-serve points to Krejcikova’s 71% and was just as good when it came to her second-serve returns.

Wang won 27 of 34 points on return on Krejcikova’s second serve. The world no. 102 saved five of the six break points she faced while converting four break points on her opponent’s serve. In the second round, Wang will play Ana Bogdan.

Wang’s compatriot, the sixth-seeded Shuai Zhang also won her opener on Wednesday with a 7-5, 6-1 win over Georgian Ekaterine Gorgodze. Zhang will take on Aleksandra Krunic next. Lastly, Katerina Siniakova also reached the second round in the Hungarian capital after her opponent, the fourth-seeded Anhelina Kalinina retired in their match after losing the first set 6-3.

Fifth seed Aliaksandra Sasnovich lost her second-round match to Bernarda Pera. The American won 7-5, 6-2 in an hour and 41 minutes.

Pera will play the winner of the match between Cocciaretto and Siniakova in the quarter-finals. Meanwhile, second seed Martina Trevisan moved on into the quarter-finals with a 6-4, 7-5 win over Ukraine’s Kateryna Baindl in two hours and 12 minutes.

Trevisan won 61% of her first-serve points to Baindl’s 65% but won 82% of points on return on Baindl’s second serve. The 2022 French Open semi-finalist also saved four of the eight break points she faced while converting six break points on her opponent’s serve.

In the quarter-finals, the Italian will play ninth seed Anna Bondar. Bondar defeated Despina Papamichail 6-2, 6-3 in their round-of-16 clash. Lesia Tsurenko also advanced to the Hungarian Grand Prix quarter-finals on Wednesday with a 6-7(1), 6-4, 7-5 comeback victory over Kamilla Rakhimova.

The Ukrainian completed the win seven minutes shy of the four-hour mark. For a place in the semi-finals, she’ll next play either third seed Yulia Putintseva or Laura Pigossi.