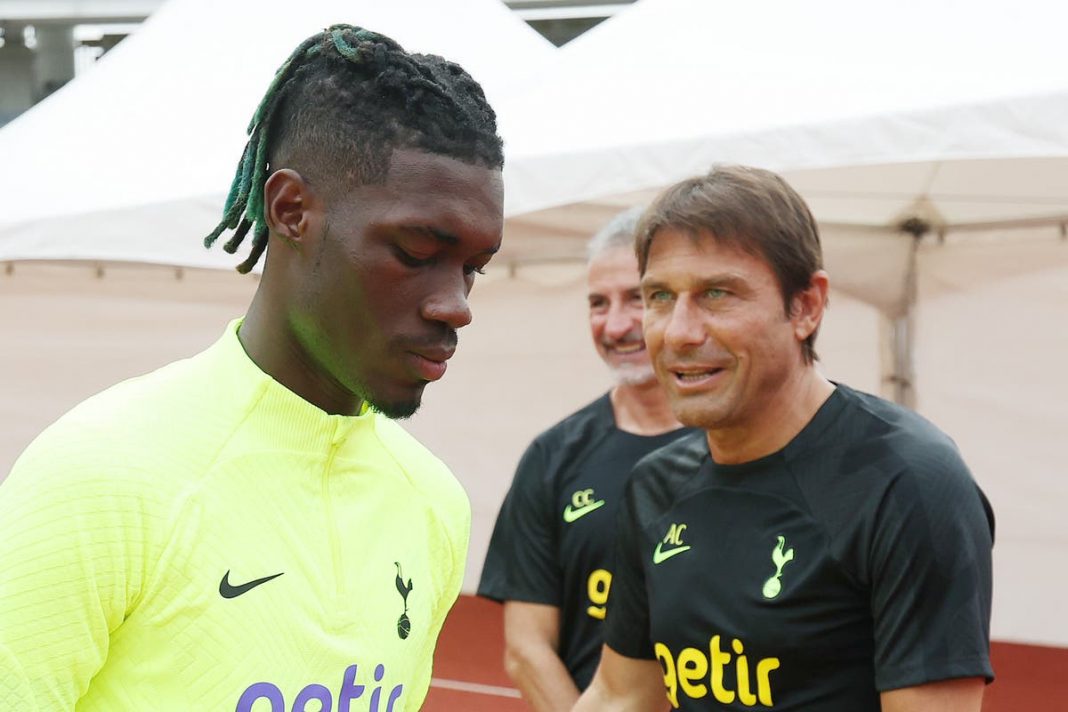 The pair are isolating from the squad, meaning they were absent on Wednesday as Spurs kicked off their South Korea tour with a 6-3 win over a K-League XI.

Spurs manager Antonio Conte said after the game: “We had a problem with Covid … the test was positive for Bissouma and Fraser.”

Fellow new arrival Ivan Perisic was also missing, though Conte expects the Croatian to shake off his injury to join the group for training on Thursday.

“Perisic is working very well,” Conte continued. “I think tomorrow we could have part of the training session with us. We are very satisfied because his recovery is going very fast and back in London he will be able to join in more.”

Richarlison was the only debutant for Spurs at the Seoul World Cup Stadium and Conte was happy with the £60million first minutes.

He said: “I have seen a lot of positive things about Richy. In the first half he played as a number nine and in the second half he played on the right and in behind the striker. He can play in all three positions.