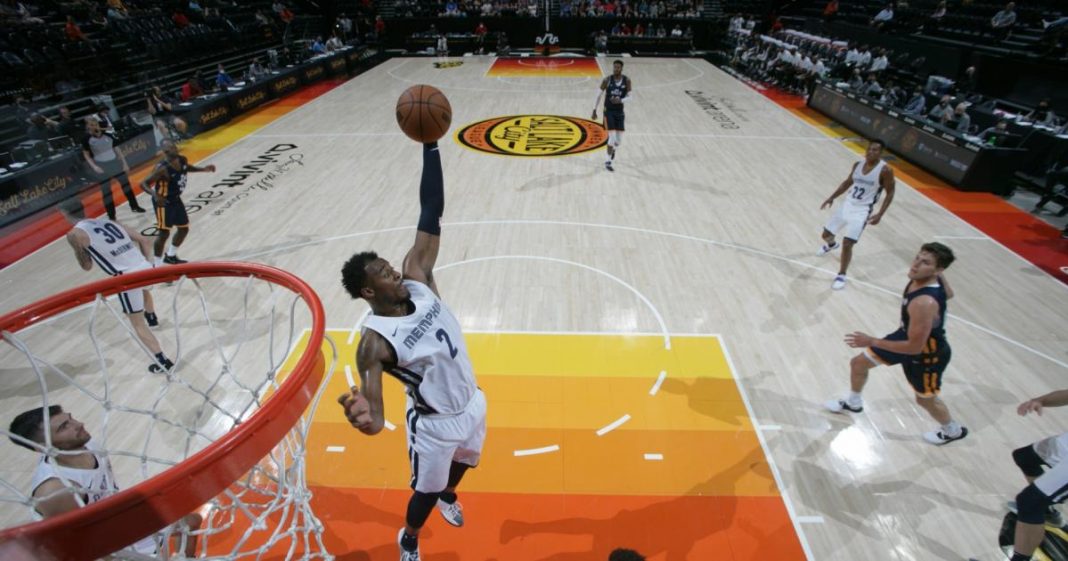 NBA Summer League continues on in Utah this week.

Before all 30 teams head to Las Vegas for the NBA 2K23 Summer League on July 7, the Jazz will host the Thunder, Grizzlies and 76ers for the Salt Lake City Summer League, an event in which six games will be played over three days.

The headline for the Salt Lake City Summer League is the first opportunity to watch the Thunder’s No. 2 overall pick, Chet Holmgren, compete at the NBA level for the first time. Along with Holmgren, the Thunder, Jazz, Grizzlies and 76ers will have all of their young talent on display as players compete for roster spots.

The Sporting News has you covered with scores and stats for each game of the Salt Lake City Summer League.

#NBASummer continues today with the final day of the 2022 California Classic and the tip-off of the Salt Lake City Summer League!

First-round pick Jake LaRavia is feeling it from 3-point range to get the Grizzlies out to a first-half lead. LaRavia has a team-high 10 points with three made 3s.

Get your first look at Chet Holmgren, OKC’s No. 2 overall pick that is one of the franchise’s cornerstones for the future.

The Utah Summer League will be played at Vivint Arena in Salt Lake City. There will be a total of six games played between Tuesday, July 5 to Thursday, July 7.

Games will be broadcast on ESPN, ESPN 2 and NBA TV in the United States. You can also stream games using Sling TV. Get front row access to top teams when you watch live sports online with Sling TV. Stream the action on ESPN, NBC & more.

You can find the full Utah Summer League schedule below.