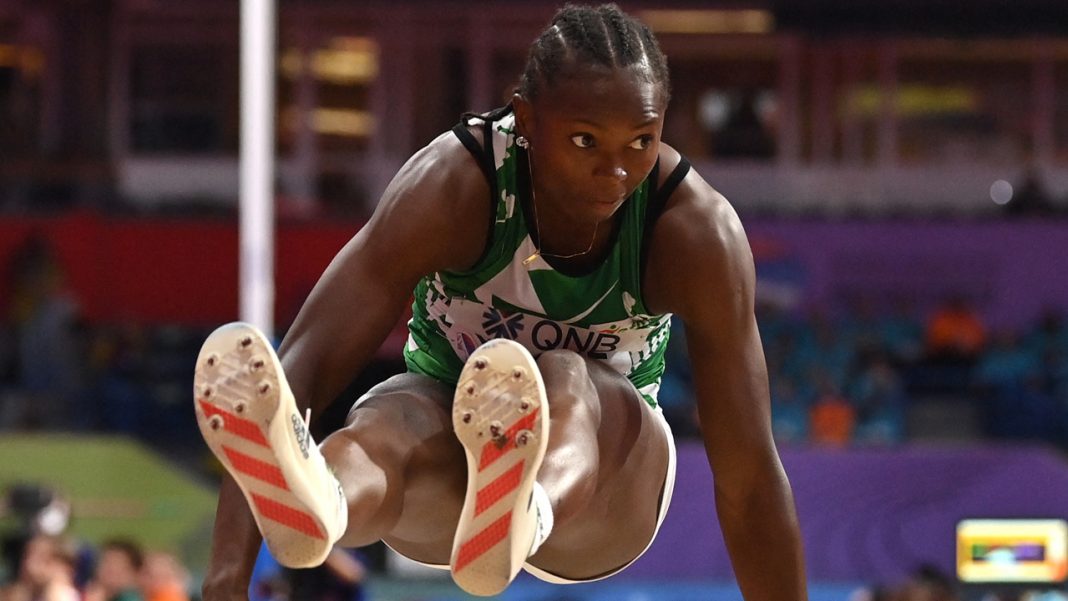 Long jumper, Ese Brume, and sprint hurdler, Tobi Amusan, are among 22 athletes selected by the Athletics Federation of Nigeria (AFN) for the Athletics Championships billed to start on July 15 in Eugene, Oregon, U.S.

Brume, a bronze medallist at the last edition of the championships in Doha, Qatar, three years ago, aims to become the first Nigerian athlete to win medals at two Championships.

Amusan, who came fourth three years ago in Doha, is seeking to become the second Nigerian sprint hurdler to win a medal at the Championships after Glory Alozie, who won a silver medal in Seville, Spain in 1999.
Also selected for the competition is Shot Putter, Chukwuebuka Enekwechi, who placed eighth in 2019, in Doha, as well as sprinter Favour Ofili, a semifinalist in the 400m event in her debut, three years ago.
She will, however, compete in the 100m and 200m events, where her major target will be to become the first Nigerian, man or woman, to make the podium in the 100m event.

Ofili will be joined by fellow sprinters, Rosemary Chukwuma, who was also in Doha in 2019 and Tokyo Olympics 100m and 200m semifinalist, Grace Nwokocha.

Another U-20 champion, Imaobong Nse Uko, will also debut in Oregon and will compete in the 400m event and the 4x400m mixed relay.

Also debuting at the championships will be national triple jump champion and record holder, Ruth Usoro, who will be competing in both the long and triple jumps.

Field eventers, Sade Olatoye and Chioma Onyekwere, are also in the team to Oregon and will compete in the Hammer and Discus throws, respectively.

They made the team as area champions after winning their respective event at the 22nd African Athletics Championships in Mauritius last month.

Yaya is coach of Brume and has trained the long jumper to make history as only the second Nigerian athlete after Alozie to win individual medals at the Indoor and Outdoor Championships as well as the Olympics.