“I need only of a glass of wine” 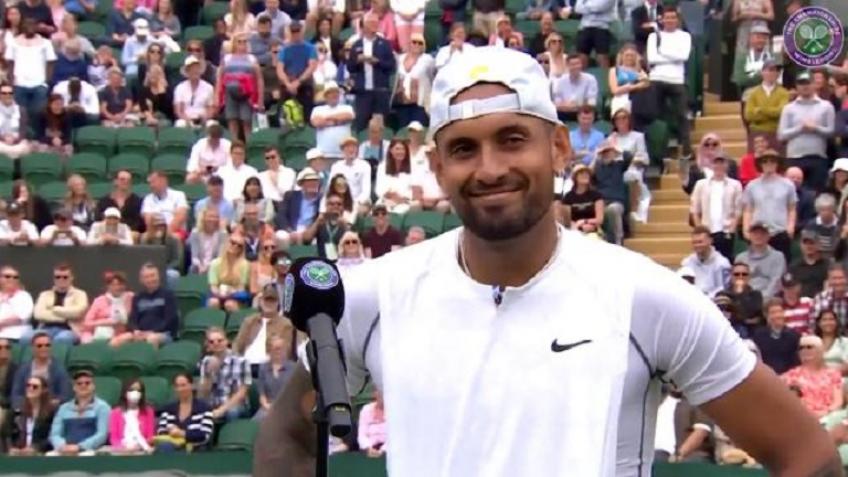 Nick Kyrgios won the 4th round of a Grand Slam event for the third time in his career by beating Brandon Nakashima in five sets. The Australian had achieved the same result in 2014 at Wimbledon, only one of the best versions of Milos Raonic managed to stop him on that occasion, and in 2015 in Melbourne.

The Australian had to deal with a shoulder problem, but he managed the pain and finished the final and decisive set with ease. His next opponent will be Cristian Garin, who has certainly taken advantage of Matteo Berrettini’s forfeit at the bottom of the draw.

In the round of 16, the Chilean recovered from two sets to zero and canceled two match points in the final part of the match.

Kyrgios: “I just need a glass of wine”

During the post match interview after the 4th round, Nick explained: “First, I’d like to congratulate Brandon on his effort.

He is a hell of a player and is only 20 years old. He will do some special things in the future, that’s for sure. It wasn’t my best performance, but I’m super happy to have overcome the difficulties. It was really tough.

The audience was great. It is special to play on this field once again. Shoulder problems? I’ve played a lot of games over the past month and a half, but I’m proud of the way I handled the match. My fifth set record is pretty good, I’ve never lost at Wimbledon in five sets.

Garin? I would have liked to have faced Alex de Minaur, honestly. When I took the field, Alex was two sets ahead. I thought I would find him in the quarterfinals, but I don’t want to think about the next game. Him tonight the only thing I need is a glass of wine.

In 2014 I made my debut at Wimbledon and beat Rafael Nadal over the course of the tournament. This thing came back to me during the game. Brandon didn’t play much on this court, I think it was his first time. This experience helped me.”