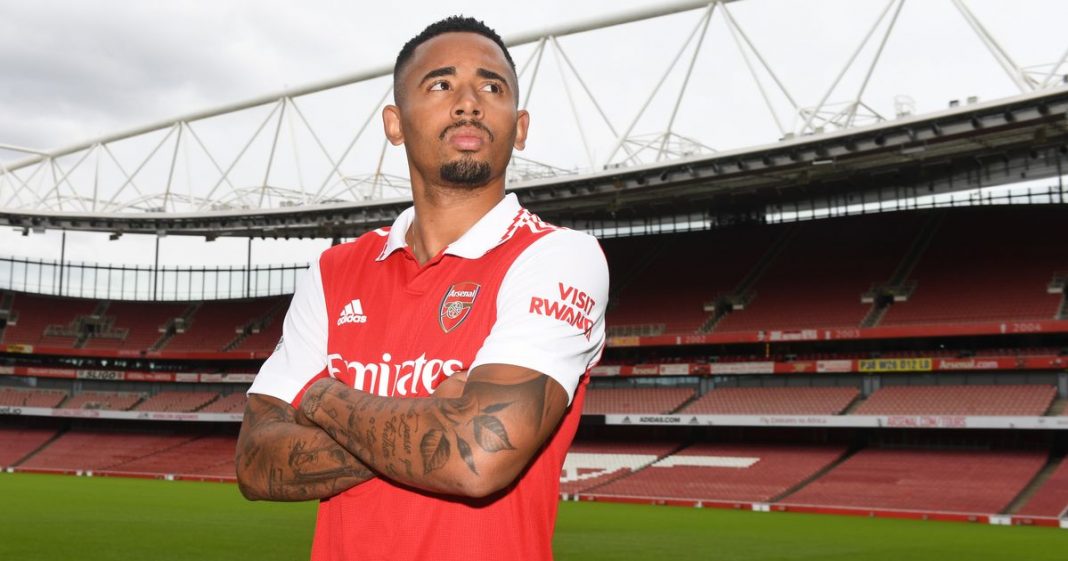 New Arsenal signing Gabriel Jesus has sent a plea to Mikel Arteta over where he wants to be played.

The Brazilian joined the Gunners in a £45million deal on Monday after falling down the pecking order at Manchester City. Jesus was often played on the wing by Pep Guardiola but has been brought in to lead Arsenal’s attack – and he’s already let his new boss know what he sees as his best position.

It comes as the Gunners have reportedly lined up a move for Lazio midfielder Sergej Milinkovic-Savic after completing the transfer of Jesus. And Arteta has hinted that he copied Jurgen Klopp’s blueprint in the transfer market.

Join the debate!Will Gabriel Jesus prove to be a success at Mikel Arteta’s Arsenal?Let us know what you think here.

Jesus has pleaded with new boss Arteta to play him in his preferred position as number nine after sealing his move to Arsenal.

The Brazilian was Arteta’s number one target to lead his attacking line following the January departure of Pierre-Emerick Aubameyang and the expiry of Alexandre Lacazette’s contract at the Emirates. And the prospect clearly excites Arsenal’s new forward, who says that while he can “play in three or four different positions”, his best one is as a number nine.

And it’s obvious who Jesus is hoping to emulate after sealing his move, as he revealed his idol growing up was Gunners legend Thierry Henry.

Gunners line up next signing

Arsenal have reportedly targeted Lazio midfielder Milinkovic-Savic as their next transfer target.

The Serbian international, who was born in Spain, has played for the Stadio Olimpico outfit for the past seven seasons after leaving Belgian club Genk. According to reports coming out of Italy, the Gunners face competition for his signature from cash-rich Newcastle, while he has also previously been linked with a move to Manchester United.

It has been claimed that Lazio have decided to to cash in on the midfielder this summer in order to raise funds to overhaul other areas of their squad. It is understood that Milinkovic-Savic would cost between £43.1m and £47.4m, with Newcastle and Arsenal leading the chase.

Arteta appears to have copied Liverpool manager Klopp’s blueprint for success in the transfer market following the signing of Jesus.

The Brazilian arrived at the Emirates on Monday as Arteta landed his number one summer transfer target, as the deal took a while to get over the line. But Arteta did not panic and lose his nerve, instead focusing on landing his preferred choice to fill a need within his squad.

It is an approach Klopp has also employed, keeping his cool on numerous occasions but perhaps most famously with the purchase of central defender Virgil van Dijk.