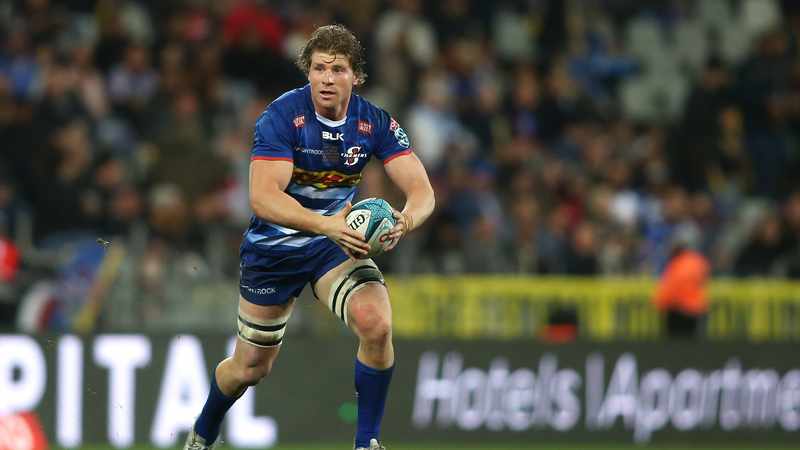 Durban — A sure sign that Evan Roos will make his debut for the Springboks this week in the second Test against Wales in Bloemfontein was his presence at the Boks’ Monday press conference, which always features assistant coach Deon Davids and a player of interest.

To say Roos — sitting next to Davids at the Southern Sun Hotel in the Free State capital — has been a player of interest this year is a massive understatement. He won no less than five URC awards after a phenomenal season that saw his Stormers’ team crowned champions.

One of Roos’ awards was the best of the all — Player of the Tournament — and that meant Bok coach Jacques Nienaber would have been lynched if he had not called up the 22-year-old for the series against Wales.

Another Young Turk to bash down Nienaber’s door was Roos’ rival for the No 8 spot, Elrigh Louw, and after he was given his debut last week off the bench at Loftus Versfeld, the plan clearly is to give Roos his turn, and it is also likely to be off the bench after No 8 Jasper Wiese played so well.

Roos’ first words to the media in the colours of the Springboks were suitably humble: “To be sitting here is quite surreal. I am just really happy to be part of this. I didn’t ever think it would happen.

“It is a massive honour to be part of this group,” he beamed. “I have watched them as I grew up and been in awe of what they have achieved. To now be working with these coaches and classy players feels a bit unreal.

“It has been an intense time (since joining the squad after the URC final) and it is a level up from being at my franchise,” Roos continued. “There is a lot of detail to absorb and I am enjoying working hard every day and taking in as much as I can from these experienced players and this coaching staff. I can only become a better rugby player.

Interestingly, Roos pointed out that Louw, his rival, is in fact a good friend.

“The media love to build up the rivalry between us, but we actually get on really well and are quite good mates,” he said. “Elrigh and I go back to 2019 when we were in the Junior Bok squad together. Unfortunately, I didn’t go to the Under-20 Cup, but we spent a lot of time together in the training camp.

“Elrigh is an awesome player and there is a lot I have learned from him. We often exchange advice and tips to become better players.”

The Springboks will name their team for the second Test against Wales on Tuesday.