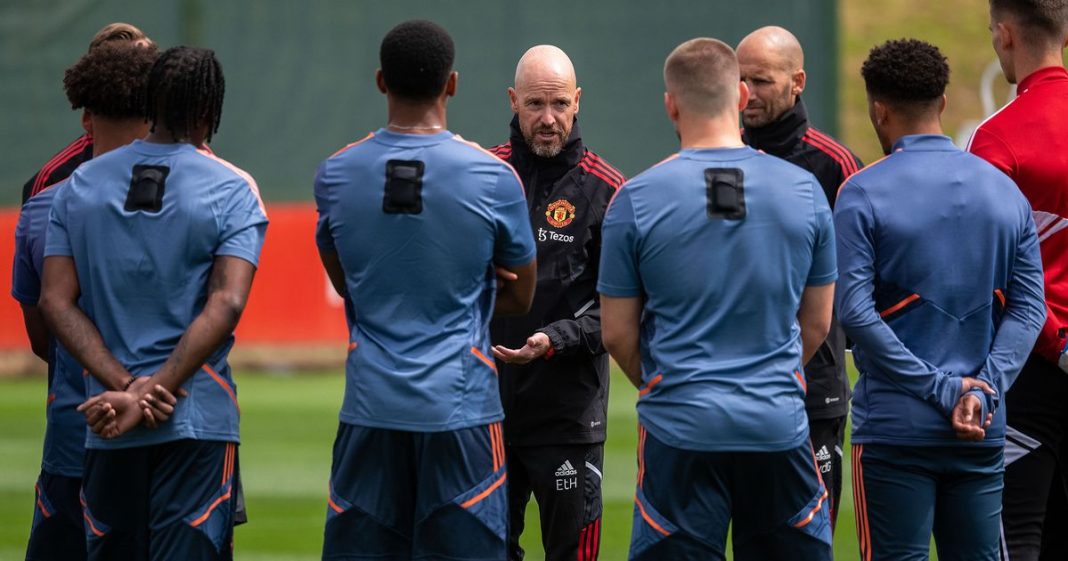 Erik ten Hag has been left stunned by Zidane Iqbal, who he feels Manchester United have not utilised nearly half as much as they should have.

The Dutchman has arrived as manager at Old Trafford and has taken his first pre-season training sessions since leaving Ajax for the post last season. In a race against Mauricio Pochettino, the 52-year-old was picked ahead of the Argentine.

One of the reasons is down to the fact that Ten Hag has an impressive history when it comes to developing high-potential youngsters. At Ajax, his team was full of rising stars, including Matthijs de Ligt, Ryan Gravenbarch and Frenkie de Jong – the latter of which he would like to reunite with at United.

And the new gaffer is already hoping he can bring through the youth in Manchester while the Red Devils are renowned for having one of the best academies in the world. Over the years it has produced top stars from every generation including David Beckham, Gary Neville, Marcus Rashford, Paul Pogba and George Best.

The latest off the production line might not be that far away from the first-team as well after Ten Hag got a good look during the early stages of pre-season. Iqbal has stood out as one of the top starlets who has made an immediate impression.

According to The Sun, Ten Hag has been left mystified why Iqbal has not been used in the first-team more than he has been. The 19-year-old made his debut for the seniors last season in a dead rubber against Young Boys in the Champions League.

But that is not enough, Ten Hag reckons, and there is a high chance that the teenager will get the chance to step up and assume more responsibilities if he continues his progress. The Iraq international is not the only one to have caught the eye, though.

Hannibal Mejbri and Alejandro Garnacho have also impressed in the early stages of pre-season while the duo have been used more by Ralf Rangnick over the course of the season last year, particularly towards the end of the season. With Ten Hag giving everyone a clean slate, there are positions up for grabs next year.

United are yet to make waves in the transfer window, though, despite interest in some top stars. As mentioned, Barcelona star De Jong remains the priority target to rejuvenate midfield.

But there are also plans afoot to sign Ajax trio Jurrien Timber, Lisandro Martinez and Antony. Feyenoord ace Tyrell Malacia is also set to join in the coming days to become the first signing of the Ten Hag era.