Could inspirational Springbok skipper Siya Kolisi be dropped for the second Test against Wales? 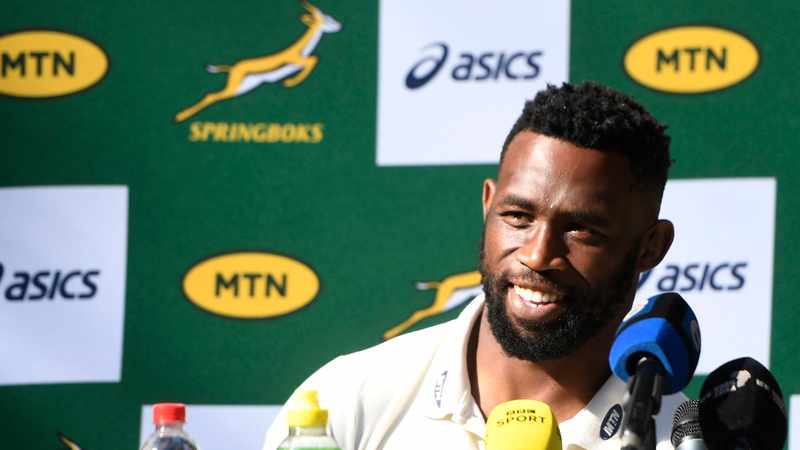 Johannesburg — The rumour mill was churning with vigour mere hours after the Springboks narrowly defeated Wales on Saturday, with the biggest declaration being that skipper Siya Kolisi was to be dropped for the match in Bloemfontein this weekend.

Kolisi has had an average season thus far, to be sure. He certainly didn’t astound nor astonish during the United Rugby Championship for the Sharks, and this past Saturday in the first international, had a middling outing.

Indeed, gave the 31-year-old flank a distinctly average five out of 10 for his performance on the night.

Moreover, Kolisi seemed in slight discomfort as he walked off the pitch in the second half when he was replaced by Elrigh Louw. He did look better after at the post-match media briefing after a thoroughly physical clash against the Welsh, but was whisked away before his form and fitness could be interrogated properly.

If he is not fit to play, that of course is one thing, but to drop the talisman of SA Rugby would be a massive call by Jacques Nienaber. Handre Pollard, who missed the first Test, is expected to return for the second Test at Free State Stadium, and if Kolisi is absent will in all probability also captain the side.

But make no mistake, there will be a massive outcry if Kolisi is dropped this weekend, even though a minority of the supporters will rejoice. Much like John Smith before him, Kolisi is more than just a player in the team — he is the social cohesion of the group and the voice for a majority of South Africans that have found their entry into the sport through him.

There is also no doubt that Kolisi is an excellent rugby player; and as Willie le Roux proved this past weekend, while form can be a fickle beast, class is permanent. You would expect that Kolisi just has to have that one, defining moment of brilliance in the Green and Gold, to spark his confidence and form back to life.

Admittedly, we would love to see a loose-trio of Marcell Coetzee, Pieter-Steph du Toit — who should be available for selection this week — and Evan Roos, but the reality of Kolisi is that he transcends purely rugby matters.

Speaking of Roos, the young Stormers eighthman sat at the head table alongside Bok assistant Deaon Davids at the media briefing in Bloemfontein on Monday.

It is the clearest indication that the 22-year-old will soon earn his first Test cap. The Boks rarely tease with subterfuge at their press conferences, so it would be a safe bet predicting that he will be in the matchday 23. It would, perhaps, be a stretch to place him in the starting XV.

Jasper Wiese had a cracking game on Saturday, and was easily the best Bok in the first half amongst an otherwise mediocre effort from the rest of the team. He deservedly was awarded the Man of the Match, with fullback Damian Willemse close behind.

Nienaber did reveal last week that he plans to give his entire squad a run, but the Bok mentor is also quite conservative, so Roos will in all probability be a replacement — much like Elrigh Louw at Loftus Versfeld.

Nienaber names his team for the second Test on Tuesday.