Will the USFL be back next season? League set to return in 2023, face off against XFL 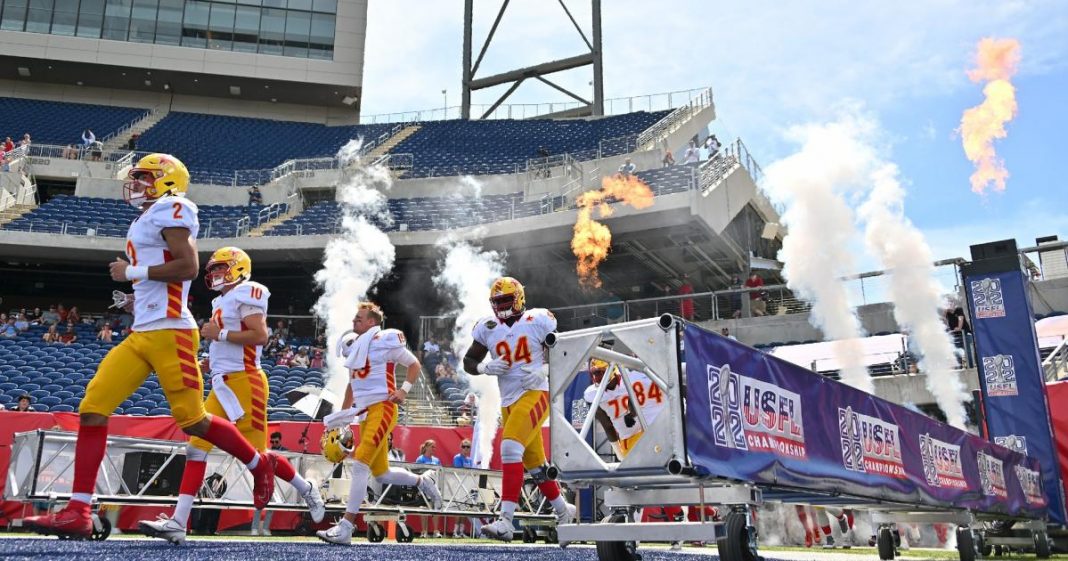 The USFL has done something that no major spring football league has done in nearly 40 years. They are going to play a full season and crown a champion.

The Birmingham Stallions and Philadelphia Stars are playing on Sunday, July 3 in the USFL championship game. Once one of the teams emerges victoriously, the USFL’s first season will be over and fans of the spring league will start looking ahead.

Of course, some are probably wondering whether the USFL is even coming back in 2023. Right now, it appears that they are planning to do that.

The USFL’s full-season success is a departure from what has happened for recent string leagues. In 2019, the Alliance of American Football folded shortly after it was purchased by Tom Condon. In 2020, the XFL was off to a solid start, but it was eventually shuttered by the beginning of the COVID-19 pandemic.

The USFL was able to play all 43 of its games, including the postseason, and will likely look to grow on their solid showing in 2023. However, it won’t necessarily be easy for them to do that as they prepare to make some key changes to the league while facing a true competitor in 2023.

Here’s what to know about the USFL in 2023, including news about its return, key changes and how the return of the XFL could pose a challenge for the league.

It was widely expected that the USFL would be playing a second season. Fox’s Eric Shanks confirmed that the league would return in 2023 in a recent interview with the Sports Business Journal.

“We have a multi-year plan to build this football business,” Shanks told SBJ. “If anything, the success of season one makes me even more excited than we were before going into Season 2 and beyond.”

NBC Sports executive Jon Miller noted that the product, play quality and viewership all met the company’s expectation, and that NBC was on board with bringing it back for a second season.

“It did what we hoped it would do,” he added, “and we’re excited to begin planning, once this season is over, to talk about 2023.”

The new USFL is the only major spring league to succeed since the original USFL played multiple seasons from 1983-85. More recently, the Alliance of American Football failed to finish its first season in 2019 while the two iterations of the XFL in 2001 and 2020 lasted a year or less as well.

Of course, making the decision to move forward is a big one for the USFL, but it’s also one that will come with some changes and potential product improvements as well.

What will be different about USFL in 2023?

One of the biggest plans that the USFL has for 2023 is to play in more cities. The league played in Birmingham for the entirety of the 2022 regular season before shifting to the Pro Football Hall of Fame in Canton, Ohio for its three playoff games. The choice to do this was a cost-saving measure, as the bubble-type format negated the need for significant travel costs.

That said, the league is now looking to get get more people to attend each game. As noted by USFL director of operations Carl Adkins, Birmingham Stallions games were generally well attended in 2022, averaging 10,000 to 15,000 fans per game. However, non-Birmingham teams drew significantly less interest, bringing in just 1,500 to 2,000 fans at each game in Birmingham.

The USFL isn’t quite ready to send every team to its home market in 2023, but Shanks told SBJ that the league will explore having anywhere from two to four host cities during the upcoming season.

“We’re talking to those cities now in terms of how many we’re going to be in locally,” Shanks said.

That should improve attendance numbers, a concern of NBC, while keeping the broadcast viewership — Fox’s main focus with the league — relatively stable.

The league will also probably evaluate its schedule, roster size and on-field rules as well, but for now, the headline item is that the league isn’t likely to be in a single location next season.

Expansion is not part of the USFL’s plans for 2023. They are going to focus on the eight teams they have while moving out of the one central location model they used in 2022.

That said, expansion is something that the USFL is considering. Shanks wouldn’t rule out the possibility if the league survives into 2024.

“We’ve always had an expansion plan that could potentially come into play in year three and beyond,” Shanks said. “Next year, it will still be eight teams, but they will play in multiple cities, so we’ll get more home markets involved.”

Evaluating the success of the added markets should help the USFL to determine whether expansion is a viable strategy. However, the league will also have to deal with some new competition as another spring league gets set to challenge them in 2023.

The USFL won’t be the only spring league playing in 2023. The XFL will be coming back for a third time as it looks to establish itself as an alternative to the NFL.

The XFL has a good backbone. It was doing well in 2020 before it was shut down by the COVID-19 pandemic. Now, it is returning with the backing of ESPN and with Dwayne “The Rock” Johnson serving as the business’ key figurehead.

It’s too early to say whether the USFL or XFL will have the advantage in 2023. The USFL has the benefit of entering its second season, so they have more recent experience than the XFL does. And, at least early in the process, the USFL teams will be more familiar to the TV audience each league is looking to capture.

That said, the XFL is positioned to erode some of the USFL’s advantages for a couple of reasons. First, the XFL will be starting earlier than the USFL; it will begin the weekend after the Super Bowl while the USFL won’t start until mid-April, the week after the Masters. That will give the XFL a chance to establish an earlier marketing presence, especially since it is backed by ESPN.

Additionally, the XFL has good brand recognition considering its 2020 season, which was successful before COVID-19 struck, and its affiliation with The Rock. Those factors, plus its early start, could give the XFL an advantage when creating its player pool for the 2023 season.

Also, it’s worth noting that the XFL played all of the home games in the markets of the eight teams in their 2020 start-up league. Will they do that again? That much is unclear, but if they do, it will be easier for them to get fans in the seats and create a connection between the fan and the team.

The USFL still has more recent experience than the XFL and will have produced 43 ready-for-TV broadcasts with drones, on-field camera operators and other unique angles heading into 2023. The XFL will have to figure out exactly how to make the broadcast interesting, but they will be able to figure that out and improve upon it as they go.

The good news for the USFL and XFL is that their play will only actually overlap for a few weeks, as the end of the XFL season will coincide with the beginning of the USFL season. So, it’s possible that both could survive given that their head-to-head competition is minimal. Still, it will be interesting to see how much the two leagues might impact one another, especially when it comes to securing the commitment of players to participate in each league.